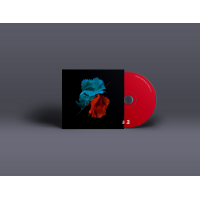 Saxophonist supremo Julian Argüelles previously worked with the inventive pianist Ivo Neame on Escape Hatch's Roots Of Unity (Whirlwind, 2016) and with bassist Sam Lasserson and drummer James Maddren on his album Tetra (Whirlwind 2015). With over a dozen albums recorded as leader, and with his essential contribution as a member of the inimitable big band Loose Tubes, his talent is not to be ignored. If that curriculum vitae wasn't enough, he's also recorded or worked with the likes of Carla Bley, Dave Holland, John Taylor, Django Bates, Kenny Wheeler and Mike Gibbs. Recently, he collaborated, again with Neame, as arranger, conductor and soloing on one number on the Phronesis big band album The Behemoth (Edition 2017).

While Argüelles is a talented multi-instrumentalist (all four saxophones plus other instruments including flute and clarinet) here he chose to concentrate on soprano and tenor. Tonadas (meaning "tunes" in Spanish) is an album reflecting Argüelles's Iberian roots. The rhythmically off-kilter opening to "Alalá" gives way to Argüelles's muscular tenor saxophone and vibrant piano from Neame. The gentle "Alfama" is adorned by soprano saxophone weaving in and out of piano lines, with bass and drums subtly anchoring the number. A staccato bass pattern introduces "Bulerías," a feistier piece than its predecessor, with Argüelles's on tenor here.

The languid "Tonadilla" (little tune) is led by bass and piano with Argüelles joining on lissome soprano; "elegant" hardly does it justice. Meanwhile, "Barrio Gótico" (Gothic Quarter) is a sprightly piece as is the ensuing "Alegrías" on which Argüelles's soprano exudes the happiness indicated by its title. "Sevilla" is a complex, labyrinthine tune, the twists and turns tightly followed by the quartet; Argüelles's tenor here is mesmerically compelling. "Tía Mercedes" (Aunt Mercedes) is a slow, slightly lugubrious number with Argüelles's soprano plaintively carving out the melody. Whilst the inspiration for the album is all things Spanish, the music doesn't seek to emulate, say, Miles Davis's classic Sketches Of Spain; the tracks, all originals, mirror the composer's eclectic proclivities. More importantly, the album engages the listener at every level.