BY GLENN ASTARITA
October 3, 2018
Sign in to view read count 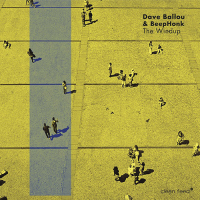 Pirog's use of loops and other effects offer contrapuntal responses and steely textural additives to the acoustic element. Whereas, the guitarist occasionally dishes out rippling single note flurries and distortion techniques with weird and wonderful phrasings. But his EFX treatments occasionally convey an opposing force or bizarre diversion that doesn't always crystallize with these bursting works. Throughout, Ballou soars and engages his associates for a bit of cat and mouse amid musical encounters that can imitate panic or a heightened sense of urgency. However, certain pieces develop like a simmering volcano prior to its eruption.

The title track "BeepHonk" begins with Hopkins' sawing arco notes and the leader's terse muted lines. Here, they construct a tense musical climate, but spin matters into whimsical movements doctored with Pirog's reverberating electronics that cast eerie backdrops, elevated by Kuhl's fervent drumming. But they lower the timbre towards closeout.

The final and longest piece "Nice Spot-Another Fool" clocks in at 26-minutes and is built on flourishing and scrappy exchanges, textured with Pirog's use of volume control and steered with Hopkins' protruding lines. They do insert a pleasant melody into the mix leading to abstract world grooves and a high-impact and somewhat splintered free bop motif, where Pirog flaunts his jazz chops via his animated voicings to wrap it all up.