Adam Hopkins is a bassist, composer, educator, and semi-professional parallel parker born and raised in Baltimore MD and relocated to Brooklyn NY in 2011. He has extensive experience performing jazz and improvised music and has played with professional orchestras in Maryland, Virginia, Michigan, Pennsylvania, and the DC metro area. His debut album CRICKETS has received international acclaim from a variety of sources, most notably ranking as the #2 Debut Album in the 2018 NPR Jazz Critics Poll. Adam was also named the #2 Newcomer Musician for 2018 in the International Critics Poll organized by El Intruso.

In August of 2018 Adam launched Out Of Your Head Records, an artist-run Brooklyn-based record label dedicated to creative music and original visual art in limited runs. He enlisted the help of two of his closest collaborators, TJ Huff and Nick Prevas, to shape the visual image of the label. On October 19, 2018 Adam released his debut album CRICKETS as the first release on the label.

In addition to being a performer he has extensive experience as a curator. In 2009 he co-founded an improvised music collective called the Out of Your Head Collective, which maintained weekly performances in Baltimore for 5+ years at The Windup Space. Upon moving to New York in 2011 he started a Brooklyn-based chapter which involved over 100 of the city's greatest improvisers. Additionally he was a long-term co-curator for two Brooklyn-based weekly music series, A.E. Randolph Presents and 65Fen.

Adam held a faculty position at Loyola University for six years as a professor of double and electric bass, music theory, ear training, and jazz ensembles. Currently he teaches privately in his home studio and designs improvisation-based workshops for business through sfz Creative, a company he co-founded with musical associates Eric Trudel and Danny Gouker. 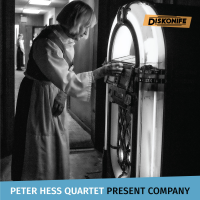 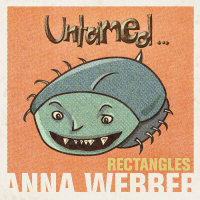 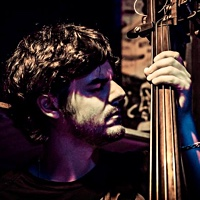 All About Jazz musician pages are maintained by musicians, publicists and trusted members like you. Interested? Tell us why you would like to improve the Adam Hopkins musician page.