Wayne Horvitz: The Snowghost Sessions & Those Who Remain

By Doug Collette
December 22, 2018
Sign in to view read count
Since coming to some renown in New York City during the Eighties and Nineties, Wayne Horvitz has developed a career almost as eclectic as it is esoteric. Performer, composer, educator and entrepreneur comprise just a few of the roles he has assumed in near-fifty years of audacious enterprise and these dual releases vividly illustrates the range of styles the pianist/composer has pursued. As a leader of ensembles small and large, as well as dance troupes and orchestras, Horvitz has also produced music for a variety of video, film, television and other multimedia projects, in addition to making time to collaborate with the likes of John Zorn, Bill Frisell and Bobby Previte, the range of personalities reflecting the wide variety of his work, at the root of which is a multiplicity of imaginative ideas the likes of which Wayne Horvitz commands so skillfully on these two titles. 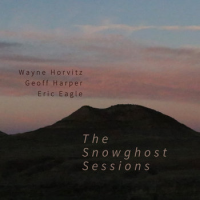 A readily-discernible continuity has come to earmark Horvitz' work as a leader and collaborator over the course of his multi-faceted career, so it should come as no surprise the trio project contains fourteen cuts that coalesce into a deceptively colorful whole: the music belies the earth tones of the cover art. Fully justifying Snowghost's protracted gestation period (begun in Montana in 2015), the finely-etched tracks evokes not just the wide-open spaces of big sky country, but the inner space of deep contemplation. The original sessions and subsequent post-production led to the formulation of this evocatively-titled album as the execution of an open-ended concept not confined to just three instruments; Horvitz himself plays a panoply of keyboards, including Hammond organ and Mellotron. And as he incorporates those instruments with the bass of Geoff Harper and percussion of Eric Eagle, the interactions conjure a stark yet welcoming air. 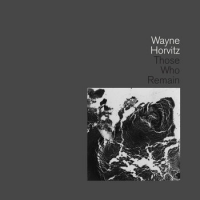 Proof positive of Horvitz' wide-ranging interests is this orchestral piece released simultaneous to the trio endeavor. Those Who Remain: Concerto for Orchestra and Improvising Soloist arrives on CD paired with his fourth string quartet, These Hills of Glory, featuring soloists Bill Frisell on guitar and Beth Fleenor on clarinet, respectively. The former is particularly prominent at the outset of the title piece, alternately shooting sharp notes and injecting warm, fluid lines in equally high contrast to the panoramic background of the orchestration. Likewise, Fleenor's airy fluttering stands out in great relief to the austere tones of that latter composition. Clocking in at less than an hour, the composite of the two on the single disc sounds far more expansive (and engrossing) than a mere reading of its titles would suggest : the unfolding of the various movements seems to suspend the passage of time for the duration.

Tracks: Those Who Remain: Concerto for Orchestra and Improvising Soloist, These Hills of Glory