BY NENAD GEORGIEVSKI
December 1, 2012
Sign in to view read count 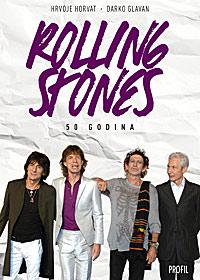 Taking into consideration the short lifespan of a rock band, the longevity of the Rolling Stones can be counted as a miracle in an almost biblical sense. The question also arises of how many years are bands relevant through their careers? Not many, but the Rolling Stones are not the usual rock band. On July 12, 2012, the band celebrated a half-century of musical achievement (50 years since the band played its first gig at the London's Marquee Club). Regardless of the dramatic changes that have occurred along the way, with trends, technology and ideas, the group has remained consistent with its music, and has inspired countless other bands along the way, in addition to style, fashion and books. 50 years on, the band is known as one of the most commercially successful bands in musical history. The Stones has celebrated this diamond jubilee in its own way by publishing a book, a compilation and documentary, in addition to exhibitions and concerts.

The world is also catching up to mark this occasion in its own, most notably by publishing books. Among the many biographies, renowned Croatian journalists Hrvoje Horvat and Darko Glavan truly add to the portrayal of this seminal band with Rolling Stones—50 godina (The Rolling Stones—50 years) while being slightly different from the rest.

These days, with so much information at hand through the Internet, countless other books and articles by journalists. authors and music historians, it is dead easy to write a biography of a well-known band on a mundane level, be it the Stones or any other popular act. Horvat and Glavan may have never been near any of the band members or related sources, but that doesn't stop them from writing. On the other hand, it is difficult to deliver a unique story that adds something that has not been experienced or said. What makes this book relevant is the way these authors accentuate and describe the band's influence and how its music has been experienced in Croatia and the wider area of the Balkans, where the band has often performed.

Composer Frank Zappa once remarked that "most rock journalism is [from] people who can't write, interviewing people who can't talk, for people who can't read." That may be true for some journalists, but Glavan and Horvat can definitely write. Prior to this they co-wrote a book about the band Prljavo Kazalište Prljavo Kazalište—Sve je Lako Kad Si Mlad (Europa Press, 2000), and each wrote other biographies separately, such as Horva's Fantom Slobode (Profil, 2004), a book about renegade Croatian artist Branimir Johnny Štulić, and Glavan's PUNK—Potpuno uvredljivo negiranje klasike? (Gornji Milanovac,1980).

In its previous edition, titled Rock 'N' Roll Babylon (Šareni Dućan, 1998), The Rolling Stones—50 Years consisted of two parts. The elder Glavan wrote the first, with details about the band's biography through to 1976—even including original live reviews from the group' first visit to Zagreb, Croatia (then part of Yugoslavia) in 1976, in support of that year's Black and Blue (Rolling Stones). Horvat, wrote the second part, covering the ensuing years through to 1998. The book was originally published prior to the Stones' second visit to Zagreb in 1998, in support of Bridges of Babylon (Virgin, 1997). The authors' individual writing styles, while different in temperament, is complementary, with Horvat more fired up in contrast to Glavan.

Both writers opt for lesser known details from the Stones' biography when they construct their stories and do their analysis, calling upon sources and books like Roy Carr's The Rolling Stones: An Illustrated Record (Crown Publishing, 1976). Both are armed with an encyclopedic knowledge of their subject's work, but avoid mechanical citing of the band's enormous body of work and don't stray into tabloid speculations.

The Rolling Stones' 50th anniversary celebration brings another chapter—written only by Horvat, as Glavan was killed in a road accident in 2009. This third part features even more fired-up writing, as Horvat writes even more self-assuredly about numerous details from the 1998 Zagreb concert, along with countless press conferences and reports from various concerts around the globe. He also covers the circumstances surrounding the cancelation of planned concerts in Zagreb and Belgrade in 2003 and, again, in 2006. Added to this is information on various solo projects and concerts by the band members. The book simply spills over with details and information that build up to an almost unbearable tension until the very last page. The book also features photographs by the Stones' official photographer, Brian Rasic, with some of them dating from the 1976 Zagreb performance. The last chapter is dedicated to Keith Richard's autobiography, and gives an account for Rasic's Keith Richards exhibition in Zagreb as part of the book's promotion.

Like the best critics and writers, both Horvat and Glavan are fans of the band they write about. They truly approached this task with their own styles, opinions and attitudes. This book is a great read for anyone interested in this band's history, even though it is primarily directed towards Serbo-Croatian readers.