By JAKOB BAEKGAARD
May 26, 2020
Sign in to view read count
If you look up "funk" in the New Grove Dictionary of Jazz, you get the following definition: "A style of black American popular music which developed in the mid-1960s out of soul music. It is characterized above all else by complex, interlocking, syncopated rhythmic patterns in duple meter." As suggested in the quote, funk can be a genre, but it can also be an element in music that has focus on repeated rhythm. Prince got to the core of the aesthetics of funk with one of his song titles: "Joy in Repetition."

Funk is about the joy of repetition, and rhythmic repetition, complex and simple, finds its way into all kinds of music from fusion and hard bop to soul jazz and afrobeat. Here are five funky servings from Ekkehart Fleischhammer's Sonorama label. Some of them are funkier than others, but they all share the quality of getting into a joyful state of rhythmic repetition while taking all kinds of musical detours. 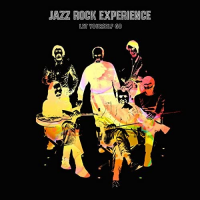 If the album Let Yourself Go by the Swiss band, Jazz Rock Experience, sounds like the work of several bands, in a way, it is also the case. While members went in and out, saxophonist Bruno Spoerri, a familiar name for connoisseurs of Sonorama, was there from the beginning to the end. Spoerri has also penned the liner notes for the album, which is a compilation of tracks recorded between 1969 and 1970. At that time, jazz had gone through several transformations and somehow Jazz Rock Experience managed to pick up on most of them.

Whether it is making blues legend Leadbelly swing with dancing vibes and chugging guitar on "If It Wasn't for Dicky" or giving Herbie Hancock's "Blind Man" a silky soul jazz treatment, the band knows how to explore different genres, and, of course, James Brown's "Let Yourself Go" also gets a playful treatment.

The band is just as adventurous on their own compositions, with Spoerri providing "The Starter" and "Get Out Of Here," and trumpeter Hans Kennel, another key member, adding two other delights: "Cheyenne" and the elegantly executed "Blues No Blues" that channels blues, bop and free jazz into a distinctive expression. Kennel also proves his worth as an arranger on two traditionals: "Krivo Sadovsko Choro" and "Sometimes I Feel Like A Motherless Child."

If the jump from arrangements of folk music to Miles Davis in his Bitches Brew-phase sounds too impossible, just "Listen Here," as one of the tracks is called, and discover the wild world of Jazz Rock Experience. 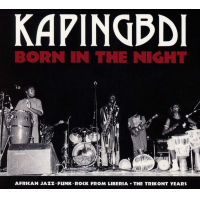 Kapingbdi
Born In The Night
Sonorama
2019

Like Jazz Rock Experience, the Liberian band Kapingbdi also went through different incarnations, but saxophonist, percussionist and singer, E. Kojo Samuels, born in Lagos, Nigeria, remained as the leader all the time. In the sleeve notes, Ekkehart Fleischhammer explains how the name Kapingbdi means "born in the night" and refers to debate meetings in the city that could go on until late at night.

There is certainly a political vibe to the music of Kapingbdi. For instance, the opening track from the compilation Born In The Night, "Don't Escape," addresses capitalism directly as represented by a businessman: "where are you running to? You have done all these evil things in this world, man, man, yes, man, you wicked brother, you wicked man, you businessman."

Another political song is "Wrong Curfew Walk" with lyrics that according to the notes: "lament the killing of citizens during the curfew imposed by the Liberian government," but in a sense, all Kapingbdi's songs are political. They encourage action and independent thinking and combine complex shifting structures with catchy hooks and rhythms. There is a clear link to the African musical traditions of afrobeat and highlife. However, Kapingbdi had its own thing going with a funky and jazzy melting pot of music that is both traditional and urban. 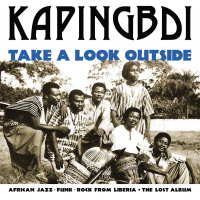 Kapingbdi
Take A Look Outside
Sonorama
2019

The eclectic range of influences found in Kapingbdi's music can be revealed by listening to "The Prayer (23rd Psalm)" from the unearthed album Take A Look Outside. The song features a list that goes on and on, praising the God of Martin Luther King, Nelson Mandela, Bob Marley, Jimi Hendrix, Fela Kuti, John Coltrane, Cecil Taylor, Ornette Coleman, James Brown and many others. The track is a strange kind of meditative funky free jazz with spoken word, ghostly synths, spherical electric guitar and howling sax.

Recorded in 1985, Take A Look Outside is the fourth and final Kapingbdi album and according to E. Kojo Samuels also their best. Before the recording, the band had been touring America. The inspiration shown on "The Prayer (23rd Psalm)" highlight the connection to American culture and music, especially rock, funk and free jazz, but as it has often been pointed out, the link between the music of Africa and America is strong, so it's really not a contradiction that the album also promotes pan-African unity with the musicians' country of origin listed in the personnel. The music is heavily influenced by African traditions. This is pointed out in a press clipping from the Detroit Free Press inserted in the notes:

"Actually some Kapingbdi pieces are strictly African and played on acoustic instruments as traditional as a horn made from a hollowed elephant tusk. Most of the group`s music is a skillful mix of traditional and more contemporary African elements that should be hard to mistake with jazz, American pop and reggae. 'It`s All Africa, in some of the ways we phrase the dynamics. It`s still a kind of root'"

No matter what the music is, Kapingbdi communicates across geographical and generic boundaries and the two albums released by Sonorama form the perfect introduction to the band. 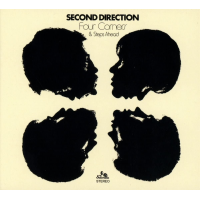 The release of Take A Look Outside is a fine example of Sonorama's ability to find lost treasures and bring them to light. Sometimes the records have never been released before, other times they have been out of print, and there are also examples of records pressed in very small quantities, meant only for publishers and broadcasters, so-called library music.

One of the most sought out library records now sees the light of day and it's a funky thing. The album Four Corners & Steps Ahead by Second Direction combines the library music classic Four Corners with lost sessions from an aborted album tentatively titled Steps Ahead. It amounts to 77 minutes and 29 seconds of some of the finest funk jazz fusion committed to wax in Germany.

The man behind the project was saxophonist and flutist Fritz Münzer. Before he ventured into playing funky jazz fusion, he had already established his name as one of the leading jazz musicians in the country, playing west coast jazz and hard bop. His project with Second Direction was something else. It's smoother than Jazz Rock Experience and Kapingbdi, but still has enough bite. The band even gets away with a kitsch effect like the wind sound on "Storm Flute," a light groove with congas, synths, flutes and a sexy saxophone that would make Stanley Turrentine proud. Elsewhere, there's a surprising influence from Chopin on the spacy "Praeludium No. 3" and "Steamer" sounds like something from a car chasing scene in a blaxploitation movie. It all adds up to an enjoyable record that deserves its renowned reputation. 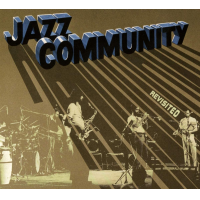 Finally, Hans Kennel from Jazz Rock Experience returns, but this time in an acoustic setting with Jazz Community, a prominent modal and post-bop band from Switzerland. The album Revisited compiles tracks from the albums Jazz Community and Il Topo recorded in 1979 and 1983.

While it would be wrong to call Revisited a funk record, it certainly contains funky elements and there's a clear link to the funkier side of hard bop represented by Lee Morgan and Horace Silver as well as the spiritual jazz of John Coltrane.

Once again, Kennel shows himself as a superb composer. Whether he's bringing in Latin elements on the catchy "Snobben" or stretching out on "Fjorden," a story in different chapters with a poetic prelude and swinging middle, Kennel challenges himself and doesn't stick to one mode of writing. He's the glue that binds the two different incarnations of the band together that can be heard on the album. The compilation includes studio cuts as well as live recordings.

Like any good funk player, Kennel finds joy in repetition, but he can also break out of predictable patterns. This record and the others in the batch might be funky, but they don't stick to the same groove. Instead, they highlight the richness and diversity of the musical language of funk, all with that special Sonorama stamp of quality.

Tracks: If It Wasn`t For Dicky; Krivo Sadovsko Choro; Blues No Blues; Cheyenne; The Starter; Sometimes I Feel Like A Motherless Child; Let Yourself Go; Get Out Of Here; Listen Here; Blind Man.

Born In The Night

Take A Look Outside