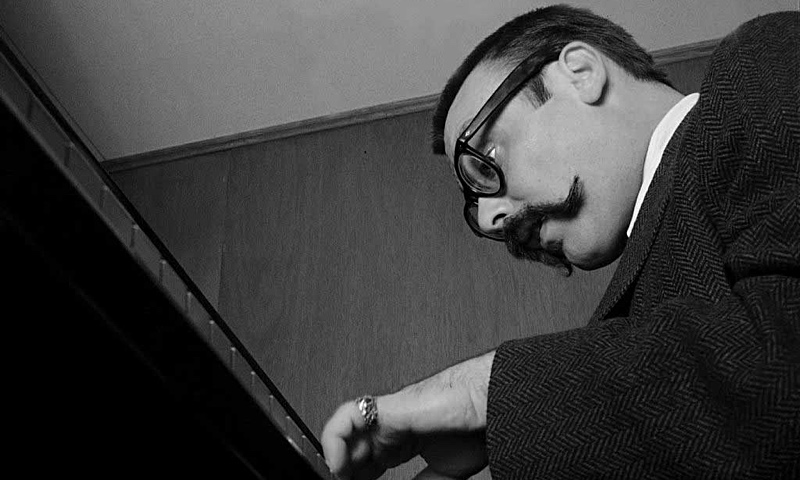 Vince Guaraldi was the real deal--an entertaining piano player with a funny personality and a keen sense of melody. 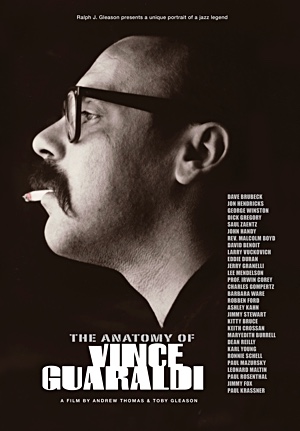 In 1962, jazz pianist Vince Guaraldi scored a surprise hit with his catchy, upbeat record "Cast Your Fate to the Wind." Three years later, millions of Americans who thought they didn't like jazz discovered Guaraldi's music on the debut of the TV special A Charlie Brown Christmas—and they loved it. His signature song, "Linus and Lucy," is perhaps the most popular jazz tune of all time.

How did it happen? A new two-hour documentary, The Anatomy of Vince Guaraldi, tells the tale. It includes newly discovered black-and-white film created in 1963 by jazz journalist Ralph J. Gleason, including clips of Guaraldi playing with his trio, long-lost 50-year-old interviews with Guaraldi, his band, his producer and friends, and new interviews with many luminaries who were there, including fellow West Coast pianist Dave Brubeck, singer Jon Hendricks, comedian Dick Gregory and others.

Anatomy is a fascinating glimpse into the career of a musician who is often—and unfairly—dissed by jazz snobs as a symbol of light jazz. As the documentary shows, Guaraldi had the chops and he certainly swung as mightily as anyone on the planet. And as the documentary also reveals, Guaraldi was much more than the guy with the funny mustache who made all that Charlie Brown music.

In addition to "Fate" and Peanuts, Vince Guaraldi had two other exceptional career highlights. In 1965, a few months before the Peanuts special, Guaraldi wrote and performed with his trio a "jazz mass" for the newly completed Grace Cathedral in his native San Francisco. He also recorded, from 1963 to 1966, three wonderful albums with Brazilian guitarist Bola Sete, combining Guaraldi's joyful swing with Sete's acoustic bossa nova sensibilities.

The documentary touches on all these phases of Guaraldi's career. It includes a technical breakdown of Guaraldi's technique and chord progressions. Pianist George Winston demonstrates how Guaraldi's music takes off from Professor Longhair's boogie-woogie rhythms, and explains how Guaraldi compensated for his "stubby little fingers" with exceptional technique.

The film also explores the San Francisco jazz scene of the early-and mid-1960s, where rising musicians, comedians and hippies—including Guaraldi, Brubeck, Gregory and Lenny Bruce—hung together in the dingy basement of the hungry i nightclub. While Anatomy deals perhaps too much with Bruce and the comedians, and dwells a bit much on the civil rights protests of the time, it does put Guaraldi's music and social consciousness in historical context.

The film ends with two complete performances of "Cast Your Fate to the Wind"—a too-slow, too-sentimental version by singer Barbara Ware, and a faster, hipper version by the vocal trio of Jon Hendricks, Aria Hendricks and Kevin Burke. More important, the documentary includes tons of video of Guaraldi playing with his trio, playing with Bola Sete, bantering with the interviewer, and just noodling around on the piano between interviews. And for those who know Guaraldi only from the Peanuts specials, there is plenty on that, too.

The Anatomy of Vince Guaraldi is a delightful, long-overdue documentary that shows Guaraldi was, as he put it in one interview, "not just a nut with a mustache." He was the real deal: an entertaining pianist with a funny personality and a keen sense of melody—a true celeb in pre-Beatles, post-beatnik San Francisco.