By Mark Corroto
February 3, 2008
Sign in to view read count 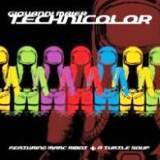 Italian Giovanni Maier proves that everything old can be new (meaning fresh) again. The conservatory trained bassist has been a member of the Italian Instabile Orchestra, The Enten Eller project, and the bands of Enrico Rava and Stefano Battaglia. This two-disc release finds Maier's quartet of two electric keyboards Alfonso Santimone and Giorgio Pacorig and drummer Zeno de Rossi with Maier playing electric bass and some cello, augmented by two electric guitars.

Maier's quartet Turtle Soup immediately reminds you of the seminal fusion band Weather Report. The keyboard work is a gripping tribute to Joe Zawinul, drawing from the unique electricity and clean sound of the master. Listeners may find Maier's bass to be more Victor Bailey than Jaco Pastorious and drummer de Rossi reminds you of Omar Hakim rather than Peter Erskine, but classic WP is ever present.

The quartet disc opens with a lengthy meditative piece that picks up pace by the locomotion of Maier's bass interaction with the drummer. Soon the probing stabs of the keyboards introduce the identity of this band and its vintage vibe. They take you back to a time before jam bands, when the rock component of fusion didn't automatically subtract musicianship. The softer and funkier "San Giovanni follows, but there's also the burning rock'd-out "Grandi Speranze, the mind bending "Prometeus and the progressively wild "One Long Song.

Like his previous work in the band Enten Eller, Maier's music morphs and awakens when guest artists collaborate. Here the band is supplemented by two eclectic guitarists, Marc Ribot and Simone Massaron. The lesser known of the two, Massaron can be heard on Tiziano Tononi's Peace Warriors: Forgotten Children (Black Saint,2007) a tribute to Ornette Coleman and his own Breaking News (Long Song,2005) with Elliott Sharp.

The duo of guitars produces plenty of shred (as can be expected) and distortion heard on the freely improvised piece "FIFF. This pairing also yields a calmer sound on "This Is My Voice, similar to Ribot's playing with his Los Cubano Postizos band.

With the influence of Maier's electricity, the writing gives you the fusion rocking tracks "'Inafferrabile Fascino Dell'," Incompletezza, and "Miss T. Here, Massaron and Ribot go toe-to-toe unfurling references to Jeff Beck and Mike Stern. And while kicking out the jams might pacify the riotous fan, the more experimental "Manarola Song with its herky-jerky approach or the bluesy "Old File with its slow building tension and energy are tracks that leave lasting impressions.

CD1: Segovia; El Matador; This Is My Voice;