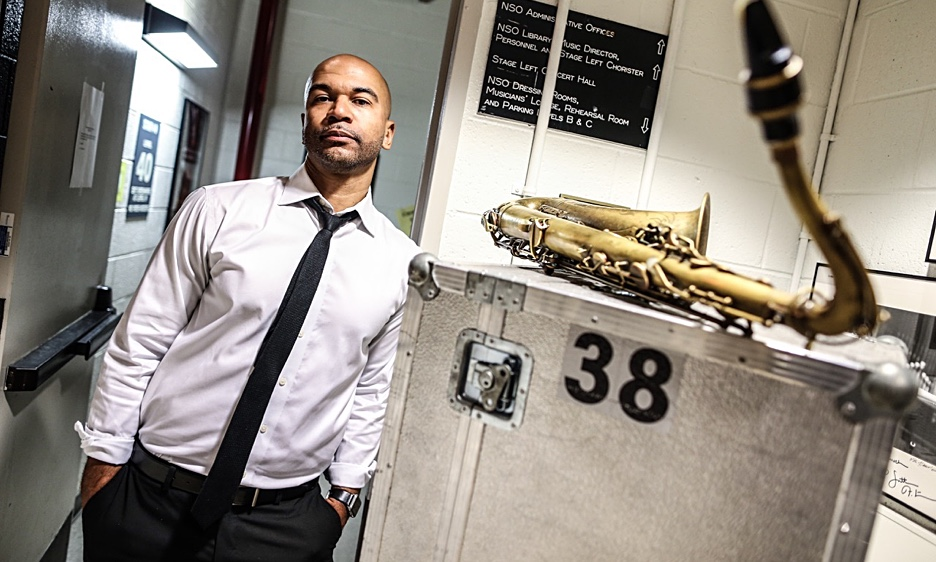 From a young age, Walter began taking music very seriously. "My first gig was playing at a McDonalds in Houston with another saxophonist. I took a solo on "Blue Bossa." It was terrible. People clapped, and I figured if I could get away with that and get applause, how could I fail?"

Although it may appear Smith is a new voice on the scene, he is widely recognized as an adept performer, accomplished composer, and inspired educator. Smith released his 5th album as a leader, Twio in February of 2018 with his longtime trio of Harish Raghavan and Eric Harland including guest appearances by Christian McBride and Joshua Redman.

In the Jazz tradition, Smith has developed under the wings of many of the music's greats. Walter is/has been a member of several legendary groups (recording and/or touring) including the Roy Haynes Fountain of Youth Band, Terence Blanchard Quintet, Eric Harland's "Voyager," Jason Moran's In My Mind: Monk at Town Hall, Ambrose Akinmusire Quintet, the Christian McBride "Situation," Christian Scott group and the Sean Jones Quintet to name a few. Smith has performed all over the world participating in virtually every international festival as well as famed venues such as Carnegie Hall, the Village Vanguard, and the Kennedy Center. In addition, he has shared the stage and/or appeared on recordings with many Jazz notables including Mulgrew Miller}}, Eric Reed, Billy Childs, Joe Lovano, Herbie Hancock, Dee Dee Bridgewater, Terri Lynne Carrington, Bill Stewart, Ralph Peterson, and a host of others. To date, Walter has appeared on over 100 recordings that are released worldwide.

Originally from Houston, TX, Smith now resides in Boston, MA and is Chair of Woodwinds at Berklee College of Music helping to prepare the next generation of Jazz students.

Conrad Johnson, David Caceras, Bob Morgan, Craig Green, Bill Pierce, George Garzone, and Dick Oatts were my main teachers from high school to college. Along the way, I think that my most influential teachers were my peers and friends whom I continue to learn from to this day.

I got my first gig. I was playing at a McDonalds in Houston with another saxophonist. I took a solo on "Blue Bossa." It was terrible. People clapped, and I figured if I could get away with that and get applause, how could I fail?

I find that there is a direct link between composing and playing. When I'm writing a lot I feel like I connect with any song that I'm improvising on much better. My phrasing is stronger and sense of thematic development is always present. I can listen back to stuff I've played on and tell whether or not I was writing at the time.

I always encourage the musical direction that the student is interested in and acknowledge their strengths while working to fill in as many gaps as possible. Also, pushing everyone to be as serious as possible when it comes to the artistic development of their craft and move into some musical realms that are unfamiliar and uncomfortable.

There are so many people that I enjoy playing with that it's very hard to choose. I just played a week at the Vanguard with Larry Grenadier and Bill Stewart and that was a dream rhythm section/trio....I also just played there with Ambrose Akinmusire's quintet with Sullivan Fortner, Harish Raghavan and Justin Brown and that's another one. Next week there again with Gerald Clayton's band w/ Logan Richardson, Joe Sanders and Marcus Gilmore. I'm a lucky one!

In February we did a TWiO album release at the Jazz Standard in New York. I had invited some people to sit in on a few tunes so for the first set we had Dayna Stephens and Ben Wendel. We were talking down things in the green room just before the show started and Dayna pulled out his horn and I noticed that he had gotten a new one. I had tried one like it in the past and remarked to him that it was the hardest saxophone that I had ever played and could barely even get through one tune when I tried it on a gig. We laughed about it, and that was that. I went out on stage and started playing, and within 30 seconds, my palm F key pad fell out of my horn. FELL OUT. For non saxophonists, that means that you can't actually play any notes other than C# on the entire saxophone lol. Of course I had no clue what happened and was just staring at the horn looking for some key that was stuck closed or something, and Dayna ran up to the side of the stage and pointed to the floor and showed me the pad on the ground. Harish Raghavan and Greg Hutchinson just kept playing bass drums duo as Dayna told me he had an idea and proceeded to hand me his horn to use in the meantime. (It's worth noting that Ben plays the same Super Balanced Action vintage as I do, but he didn't offer his to me—thus our upcoming episode of Standards with enemies lol) So, he and Ben went to CVS and got super glue and stuck the pad in. Meanwhile, I had to play the entire first set on Dayna's horn which was even harder to play than I remembered. I'm still recovering. Favorite venue

Village Vanguard -so much history. Also one of the few places still around where you play an entire week (where no food is being served during the set). Always great!

Still Casual. It represented a long journey towards working on composition—trying to write simple songs that have depth and are fun to play. I obviously have a long way to go on that front!, but I was really proud of the songs on the album and I put in a lot of years to get there.

I'm an avid gamer. All the classic consoles as well as current. I most recently finished Red Dead Redemption 2 and I'm currently playing the original Legend of Zelda. The first jazz album I bought was:

A Charlie Parker compilation on Dial.

Chair of Woodwinds at Berklee College of Music. If I weren't a jazz musician, I would be a:

Kenny G "G Force" tour. As a kid my dad took me to the concert and at one point Kenny came walking through the aisles circular breathing and smiled at me. Seriously. After that I learned a lot of his music so it was really the first transcribing that I did as a really young kid. Talking 8 years old or so.