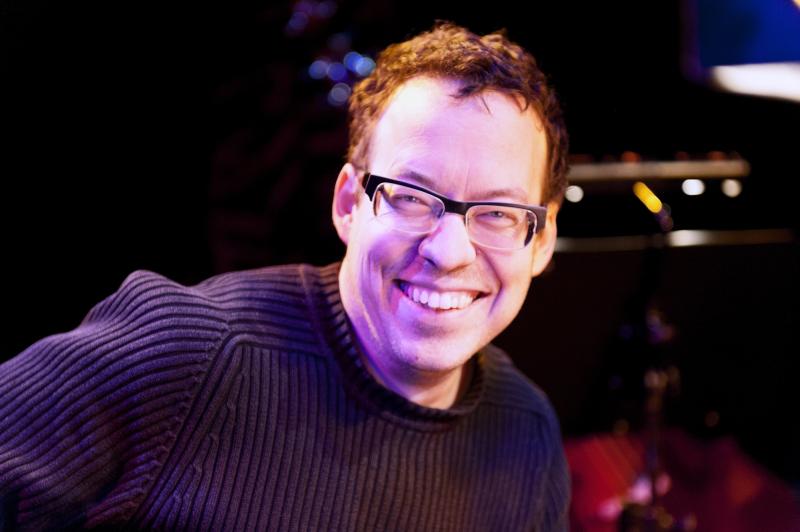 I live in Vienna, Austria and work mainly as an theater accompanist. This includes writing film music and songwriting for myself as well as others. As a piano teacher, I focus on songwriting and piano playing for singers and actors.

I really had two really great piano teachers in Vienna, one being Elzbieta Wiedner-Zajac, who was my classical piano teacher when I was a kid. She was very kind and very much there for her students. Although I knew that I would never be a classical pianist, she made me practice the piano and think about music.

The other great teacher I had was Heribert "Hepi" Kohlich, with whom I studied jazz piano until the spring of 2010. He made me rethink many aspects of, well, everything, really. Of course, we started off with voicings, scales, how to listen, what to listen to in other people's playing, the great players, great recordings, what matters in the playing live situation, and the other things were to follow soon.

Outside of jazz, I have a great affinity for classical music, which I don't play myself these days. I like listening to composers such as Joseph Haydn, amongst others.

Would not exactly be the same had I not listened to a lot of Queen in my teens.

Very much based on the way I've been taught. Do not ever force anything on anyone. See your students as artists, pass on and share generously, say you don't know if you don't, and find a good balance between being straightforward and sensitive—both are equally important. Stay interested in things other than music and share them.

That's an easy one. My trio with bassist with Alexander Lackner and drummer Michael Strasser.

Other than that—if there was a chance to see Bill Charlap play with Jackson Browne, I would probably (meaning definitely) be there listening.

"A Tisket A Tasket" on Oscar Peterson, Ella Fitzgerald JATP Lausanne 1953. I cannot sit still when listening to this. "St. Louis Blues," from the same album, isn't bad either, to put it mildly.

I'm pretty sure it was Oscar Peterson's We Get Request (Polygram, 1964) followed by The way I Really Play (MPS, 1968). No stopping ever since.

That I consider The Year of Magical Thinking, by Joan Didion, Things the Grandchildren Should Know, by Mark Oliver Everett, and Shot in The Heart, by Mikal Gilmore, as some of the best written books I've ever read.

Making sure it's part of the music education in schools.

Remixing a track from my first album, recording an album with my friend, Heilwig Pfanzelter, and writing new material for the next (pop-chanson) album, which should come out 2014.

"Going Down to Cuba" by Jackson Browne.

I have a great admiration for a lot of people, but also for good writers and journalists. So that's a bit of a dream here.