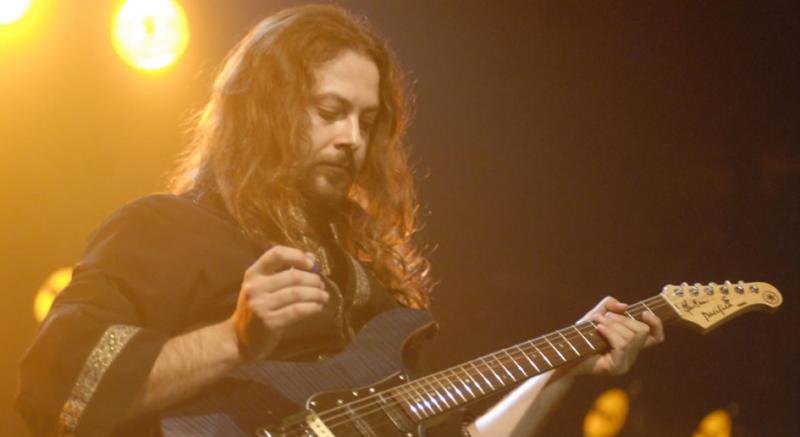 By Okan Ersan
June 9, 2011
Sign in to view read count
Meet Okan Ersan:
Born in 1972 on the Northern part of Cyprus, Okan Ersan had the distinctive opportunity to be influenced by the melodies of the east ethnic beats and roots of the oriental Mediterranean. Following his BA degree in classical music, Ersan then blended rock and jazz to create the eclectic fusion of the grooves and exclusive sounds he platforms his music on today.

Your sound and approach to music:
While I was walking down the street one night in Istanbul, I noticed it was midnight but no one was resting, sleeping—just as if night had not approached. There were different people and musicians from various cultures at each corner; western jazz players, local musicians playing their eastern melodies.. And I wrote the tune "Istanbul Without Midnight." I have a story or memory attached to each tune I write .My music is only an interpretation of my life—as long as I live and feel, I will write.

Your teaching approach:
Music is not a job, it's not a joke..it's responsibility. Music is a language and each style has a culture belongs to. Students need to learn to analyze the alphabet and grammar of the style they have chosen. It consists of three elements: rhythm, melody and harmony.

Students need to work on all of these elements equally. The aim is not only to be a very technical guitarist, but also to play at the exact right moment.

Favorite venue:
My favorite venue was definitely at Leverkusen Jazz Festival. The sound of the hall was perfect with extremely experienced engineers. The festival committee was very helpful and showed hospitality to all artists. But the most impressive part was the audience, they were genuine jazz listeners.

What do you think is the most important thing you are contributing musically?
I'm a Mediterranean guy who lives on an island that has been occupied by various cultures. I have inherited the western and eastern lifestyle which has guided me to fuse these cultures..

How would you describe the state of jazz today?
Jazz music was pioneered by the poor and exploited black people to reflect their struggle. Today, people from all classes and races are listening to this style which, therefore, is immortal. What is the difference between a pop player and a jazz player? The jazz musician plays 1000 chords for an audience of three and a pop musician plays three chords for an audience of 1000:-)

What are some of the essential requirements to keep jazz alive and growing?
We need to write more, play more, record moreand share our music with people all around the world as much as we can. We need to continue to be productive and never feel less motivated by crowds getting smaller and smaller, year by year. If we make a claim to jazz, then the people will remember and come back.

What is in the near future?
I've just released my new CD and will be promoting it worldwide throughout the year. I'm hoping to share my music with as many jazz listeners as possible. Also, I'm working on a theory book, where fusion meets oriental music.

By Day:
Music music and music. I give guitar lessons and workshops.

If I weren't a jazz musician, I would be a:
An astronaut. The stars and universe have been passions of mine since my childhood. Trying to acknowledge and reach the unknown. Who knows, maybe that's why I chose jazz—the style without limitations.