Richard Galliano has succeeded, through his musical emphasis on melody, rhythm, and harmony, in imposing his instrument in musical contexts that previously ignored it-jazz festivals (Marciac, Vienne, Montréal, etc.) and classical concert halls (Academia Santa-Cecilia in Rome, the Théâtre des Champs-Elysées in Paris, Milan' s la Scala, etc.). He was born in Cannes on December 12, 1950. He studied piano and accordion with his father, Lucien Galliano, before pursuing his musical studies at the Nice Conservatory, presided at that time by organist Pierre Cochereau. He studied counterpoint, harmony, and trombone, graduating with a 1er Prix d' Excellence in 1969 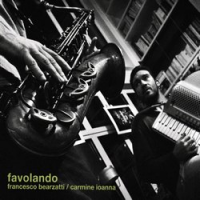 14
Article: From Far and Wide

The clarinet, foundational for jazz from Sidney Bechet unto Eric Dolphy, remains in strong use in the indigenous Roma music of the eastern Mediterranean. Elsewhere in the world clarinet generally has been moved aside by saxophone's bigger sound. But in the Balkans, Greece, and Turkey, clarinet provides jazz shadings to traditional music, speaks a range of ...

Virtual Jazz: A Hallmark Achievement from Jazz at Lincoln Center

Virtual reality and the concomitant world of digitalization has received remarkable new attention because of the COVID-19 pandemic. Every conceivable art or music entity usually presented in a live format has adapted the technology and audience responses everywhere are so favorable that this new approach will certainly continue to develop long after the present crisis ebbs. ...

Enrico Rava: Around the Jazz World in 80 Years - The Leader Part - 2

Second part of the Enrico Rava special focusing on his projects as leader (click here to access the first part) showcasing his range of interests from the tradition of the American Songbook, to Bitches Brew like soundscapes and Opera. This playlist features his work with the likes of Roswell Rudd, Franco D'Andrea, John ...