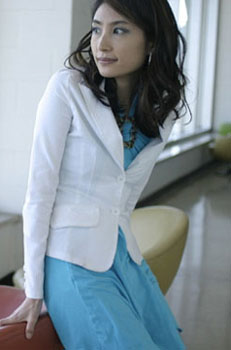 At the Montreal International Jazz Festival during that same year, her Quintet was nominated for the Grand prix de jazz General Motors. Also that year, Min's Trio (featuring Andre White on drums and Alec Walkington on bass) performed at Montreal's L'OFF Festival de Jazz where she was the recipient of the Best New Artist award. In 2008 Min received a commission from CBC to compose a jazz suite for 2 pianos. The work, lasting 10 minutes, was submitted to the European Broadcasting Union as part of The Handel Project 2009 to commemorate the 250th anniversary of the composer's death. Min's suite was recorded by CBC as part of a concert at Pollack Hall featuring NYC tenor saxophonist Walt Weiskopf and is available to stream on the CBC website Concerts on Demand.

I was a baby. I knew I had perfect pitch when I was born.

In between modern and the traditional jazz sound. Also, I focus mostly both the melodic, harmonic parts and the forms of the tunes when I compose adding for some rhythmic elements.

I want every of my student to be able to play with right 8 notes swing feels. It is not easy all the time, but I think that is the one of the most important elements in jazz piano if you would like to be a performer.

Herbie Hancock Trio: Live in Europe somewhere... It is just SO GREAT!!! He is the MAN!!! What can I say more about Herbie...

Be able to write the good melodies. (Melodic senses the way I am hearing the music).

David Kikoski: Any CD's which he is on...

Be able to swing, cause when the music swings, that's it!!!

Live recording project; Live at the Rex in April 2010, in Toronto as Min Rager Quartet including Kirk MacDonald, Don Thompson and Terry Clarke.

I cannot think of any profession rather than being a jazz musician.