Don (Donald Winston) Thompson. Pianist, bassist, vibraphonist, drummer, composer, arranger, recording engineer, b Powell River, north of Vancouver, 18 Jan 1940. After childhood piano lessons he took up the string bass and the vibraphone in his teens. He is essentially self-taught on all instruments. In Vancouver 1960-5 he was sideman to Chris Gage (playing bass or vibraphone) and Dave Robbins (bass) and accompanied the visiting US jazzmen Barney Kessel, John Handy, and others in local nightclubs. With the drummer Terry Clarke he joined Handy's quintet in the USA in 1965, touring widely and making two LPs, one of which, Live at Monterey, was among the most popular jazz recordings of the 1960s.

Thompson returned to Vancouver in 1967 (after working briefly in Montreal with Lee Gagnon that year) and then moved to Toronto in 1969. He quickly became that city's first-call studio bassist, a standing he maintained until he turned exclusively to jazz in the mid-1970s.

Thompson has been a member of the Boss Brass (bassist 1969-82 and pianist as of 1988) and the bands of Sonny Greenwich (pianist 1970-82 and again as of 1990) and Moe Koffman (bassist 1970-4 and pianist 1975-8). He also played bass or drums for Lenny Breau and has maintained a lengthy association with the guitarist Ed Bickert in various jazz settings. Thompson's work as a bassist at the Toronto jazz club Bourbon Street with (among others) the US guitarist Jim Hall and the US alto saxophonist Paul Desmond, documented by live recordings there in 1975 (for which Thompson served as recording engineer), renewed his international profile. In 1976 he began touring with Hall (Japan, the USA and Europe) and 1982-7 he was concert partner to the celebrated British pianist George Shearing, with whom he played both bass and piano. He was the sole accompanist to Shearing and the singer Mel Tormé on Top Drawer, winner of a (US) Grammy award in 1984. While working with Shearing, he began to teach each summer at the Banff CA Jazz Workshop in 1982, and established the short-lived record label, From Bebop to Now, in 1983.

Resuming his activities in Toronto in 1987, he has played piano in the Dave McMurdo Jazz Orchestra, accompanied Jane Bunnett, Trudy Desmond, and others locally, and taught privately. His pupils have included the pianists Hugh Fraser, James Gelfand, Jeff Johnston, Andy Milne, and Dave Restivo, and the bassists George Mitchell and Alec Walkington. Thompson's own groups have appeared intermittently in Toronto clubs. One quartet, with the leader at the piano, was heard in 1977 at the Laren's International Jazz Festival in Holland; another, with Thompson playing the vibraphone, appeared at several Canadian jazz festivals in 1991.

Thompson's comparably impressive facility as a bassist, pianist and vibraphonist has few precedents in jazz. He moves easily from instrument to instrument and from idiom to idiom, bringing to each an instinctive rather than schooled musicality. His recordings range from the mainstream Secret Love to the relatively avant garde Don Thompson Quartet Live. The albums Ed Bickert/Don Thompson and A Beautiful Friendship won Juno Awards (for best jazz recording) in 1980 and 1985 respectively.

Thompson's diverse body of compositions includes Trio '85 (for clarinet, double bass and piano, premiered by James Campbell and others), Journey to Skye (1987, for pipe band, recorded by the 78th Fraser Highlanders), Quartet '89 (for four double basses, premiered at NMC by the composer with Joel Quarrington and others), and Abstract & Dreams (1989, for jazz and string quartets, recorded by Jim Hall in 1990).

His best-known composition is Days Gone By, which he has arranged for big band and for symphony orchestra; it has been recorded by Thompson himself, the Boss Brass, a CBC-organized 'All Star Jazz Sextet', Moe Koffman, Pat LaBarbera and, with lyrics added, Jeff Dyer and Arlene Smith. Thompson also has written in the 12-tone idiom for big band, including Pluto (1974), recorded by Koffman, and Don't (1970) and Winter Mist (1987), played as suite by McMurdo. Other Thompson themes have been recorded (with the composer as a participant) by Hall (Circles), Koffman (Mercury, Bilbo, Wildlife), McMurdo (Blues for Jim- San, Ghoti), Doug Riley (Gandalf, Dreams), and Shearing (Stratford Stomp). Thompson has written several pieces in tribute to other musicians - eg, For Chris Gage, Song for Sonny [Greenwich], and For Scott LaFaro. 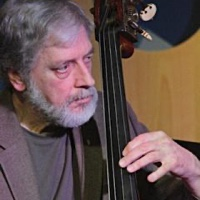 All About Jazz musician pages are maintained by musicians, publicists and trusted members like you. Interested? Tell us why you would like to improve the Don Thompson musician page.