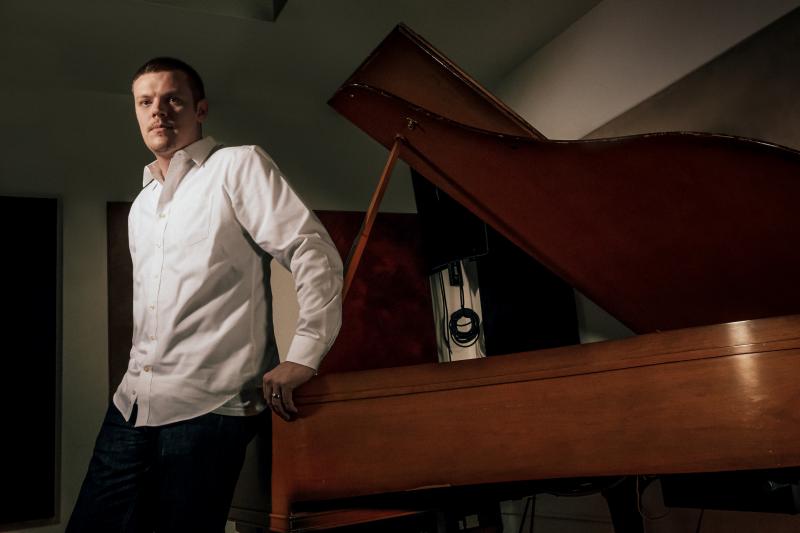 By JARED PAULEY
November 16, 2016
Sign in to view read count
About Jared Pauley
Jared Pauley is a keyboardist, composer, producer and educator based out of New York City. Originally from Charleston, West Virginia, he started playing the guitar and the piano as a teenager and grew up on a healthy mix of The Doors, Medeski, Martin and Wood, Herbie Hancock, and other artists. After graduating from Marshall University in 2006 he moved to Manhattan to begin his studies at the renowned Jazz History and Research program (founded by Dr. Lewis Porter) at Rutgers University-Newark.

As a musicologist he has published many scholarly articles on different musicians and styles of music. His work has been featured on National Public Radio and published on jazz.com as well as in the Grove's Dictionary of Music and Musicians (Oxford University Press). As a sideman and ensemble member has performed throughout the United States at events/venues including the Notre Dame Jazz Festival, Charleston Wine and Jazz Festival, the Blue Note, Brooklyn Academy of Music, Bitter End, Seton Hall University, and Drom.

Your sound and approach to music.
My sound, like most musicians, is a constant development. I like the blues, and I feel as though I try to bring this to my playing whenever I can. My approach to music is to live in the moment and also have fun. I believe having fun and enjoying what you do is the most important component.

Your teaching approach
Teaching is a wonderful thing to do. It's one of the main joys I get out of being a musician. Teaching successfully involves focusing on a student's particular interests/goals. Focusing on strengths and weaknesses is also important. I think the most critical step that I teach is to enjoy the process. A student should find joy in taking baby steps and accomplishing small things. If they don't, they run the risk of not developing to their fullest potential.

Your dream band
There are tons of players I would love to play with, but overall I'm pretty happy with the musicians whom I recorded my debut album Systematic.

Favorite venue
I like to play all over but really enjoy playing at Nublu because of the vibe and decor. The Bitter End is also a great venue.

Your favorite recording in your discography and why?
I've only recorded one album as a leader and I enjoyed the process. It was a pleasure to play with Mike Clark, who is one of my favorites. He really brings all elements of the tradition in his playing. He's also so incredibly versatile.

What do you think is the most important thing you are contributing musically?
I'm just trying to contribute something positive and have fun while I'm doing it. If people enjoy it, all the better.

Music you are listening to now:
A Tribe Called Quest: We Got It From Here... Thank You 4 Your Service
Thundercat: Apocalypse
Chet Baker: Smokin' with the Chet Baker Quintet
George Duke: Follow the Rainbow

How would you describe the state of jazz today?
I think the state of improvised music is great right now. Jazz is a word which means so many things and incorporates so many outside influences. I think many of the younger, contemporary players embody this attitude, and it is apparent in the music that is being released.

What are some of the essential requirements to keep jazz alive and growing?
Education and knowledge are key to maintaining any type of music. It would be nice to see this music lose some of its academic status and go back to the streets in which it was born.

What is in the near future?
I'm working on a funk album, and vibraphonist Eldad Tarmu and I are throwing some ideas around for a joint album.

By Day:
I teach at a college and give private lessons by day. By night I'm a musician, husband and father.

If I could have dinner with anyone from history, who would it be and why?
I would love to have had dinner with Albert Einstein so I could ask him questions about physics and pick his brain about other issues as they relate to the universe.