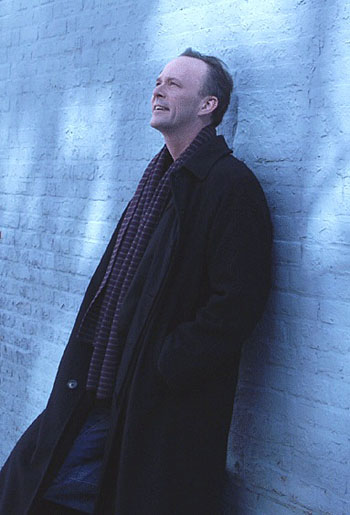 Alto saxophonist, composer, and educator David Bixler has been steadily garnering attention for his unique playing and writing. Since moving to New York City from his native Wisconsin, David has performed and toured with the orchestras of Lionel Hampton, Toshiko Akiyoshi, and Duke Ellington.

In 2000 he joined the Chico O'Farrill Afro Cuban Jazz Orchestra which was the beginning of several musical collaborations with GRAMMY award winning pianist Arturo O'Farrill. In 2008 he was invited to join the pianist's Risa Negra sextet. On the band's 2009 ZOHO release, Risa Negra, David is also represented as a composer. His tune, "The Darkness Is My Closest Friend," was cited by Downbeat Magazine as, "the most intriguing offering on the disc."

David's newest recording, Auction Project, which is co-led with Arturo O'Farrill, will be released in September of 2010 on ZOHO. Auction Project is a unique combination of jazz, Latin, and Irish music which fearlessly traverses borders.

As an educator and clinician David appears at colleges and universities thorough out the world. Since 2008 he has been an Assistant Professor of Jazz Studies at Bowling Green State University.

Your sound and approach to music: I have tried to model my sound after the tenor saxophone, I guess starting with John Coltrane. Harmonically I try to think and play more as a pianist, where I try to impose colors on top of the implied harmony. I am very much interested in eliminating traditional boundaries.

Your teaching approach: I encourage students to try and let themselves come out in the music.

I am grateful to have the musicians that I play with in both my quintet, (Scott Wendholt, John Hart, Ugonna Okegwo, and Andy Watson) and Auction Project (Arturo O'Farrill, Heather Bixler, Vince Cherico, Carlo Derosa, and Roland Guerrero.)

Road story: Your best or worst experience: I just got off the other end of this. On Monday morning I left Tokyo after a tour with Toshiko Akioshi. I flew back to JFK, where I landed Tuesday morning. My wife met me, I gave her a check, and she gave me some clean clothes (quid pro quo). I then got on a flight for Hong Kong, then took a second flight to Taiwan for some gigs with Arturo O'Farrill.

I have to say Birdland. I have played there so many times over the last fifteen years. Primarily with the Chico O'Farrill band, but also with Duke Ellington, and Toshiko Akioshi, in addition to Arturo's Risa Negra Sextet.

Your favorite recording in your discography and why? Auction Project. It's the most recent barometer of what I am doing now.

What do you think is the most important thing you are contributing musically? I think, for better or worse, that I have my own approach to playing and writing. As much study and absorbing of music as I have done, I think I have been able to filter the influences through my own personality.

I have made pancakes for my children almost every Saturday morning since 1996.

How would you describe the state of jazz today? Obviously jazz is no longer part of mainstream culture, nor has it been for awhile, but in spite of that, it's strong. One needs to separate the art from the economic reality. For most, jazz as a business is a non-event, but as a growing art form there are always those committed to moving the music forward.

What are some of the essential requirements to keep jazz alive and growing? While musicians need to embrace the tradition and many traditions, we need to bury the dogma of what should be and instead see what happens and be afraid that some experiments will happen once and then discarded.

What is in the near future? I am excited about a week long trip to Cuba with Arturo in December. I look forward to working more with Auction Project.

I am back and forth between NYC and Bowling Green, Ohio where I am an Assistant Professor of Jazz.

If I weren't a jazz musician, I would be a: A chef.