Jazz guitarist John Hart is a lecturer at the University of Miami Frost School of Music. A New York fixture for 29 years, he is one of the most prolific and versatile guitarists on the jazz scene today. He released eight CDs as bandleader on such prestigious labels as Blue Note and Concord and has appeared on over 100 CDs as a sideman, including a 16-year stint with organist Jack McDuff. JazzTimes wrote, “An alum of the Brother Jack McDuff University of Jazz Guitar, John Hart can burn his way through blues changes on a level that’s right up there with fellow graduates George Benson and Pat Martino.” John Hart has also worked with Jimmy Smith, James Moody, Jon Hendricks, Brian Blade, Chris Potter, Larry Goldings, Bob Belden, Javon Jackson and vocalists Lizz Wright and Hilary Kole. He has played with the Maria Schneider Orchestra for the last 20 years.

A fairly distinctive modern mainstream guitarist, John Hart has impressed many with his fine recordings as a leader for Blue Note and Concord. He began on the guitar when he was 12, graduated from the University of Miami in 1983, and moved to New York City the following year. Among his most significant associations were with Terumasa Hino, Larry Goldings, and particularly Jack McDuff, with whom he toured and recorded. In addition, Hart has been a busy music educator and performed with many top jazz artists, including Jimmy Smith, Lou Donaldson, James Moody, Mike Mainieri, the Maria Schneider Orchestra, and Steve Allen, in addition to leading his own groups 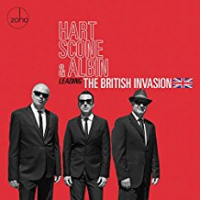 All About Jazz musician pages are maintained by musicians, publicists and trusted members like you. Interested? Tell us why you would like to improve the John Hart musician page.