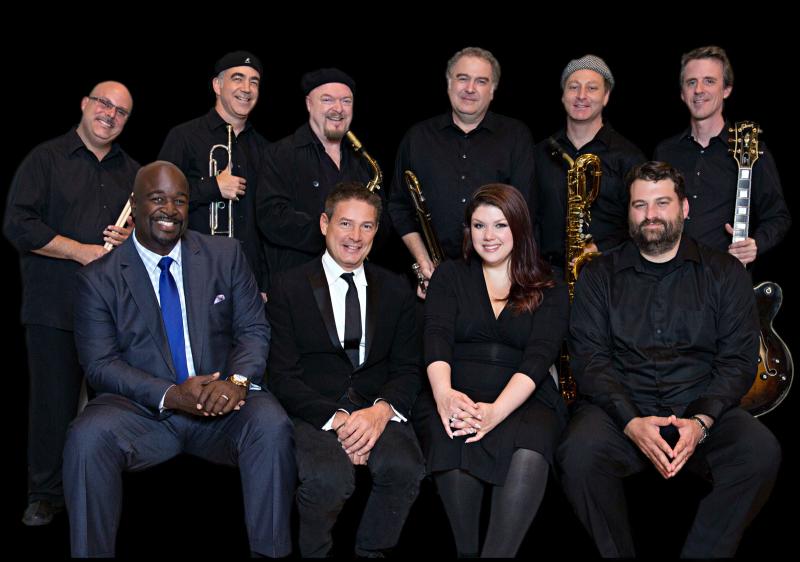 BY ALEX GERSHMAN
June 25, 2016
Sign in to view read count
About Alex Gershman
An intriguing ensemble founded in 2012, Sasha's Bloc is an amalgam of varied artists, nationalities and experiences, all fueled by bassist and songwriter Alex Gershman. This collective delivers a sound that is consistently big, boisterous, full of spirit and rich in everything that makes jazz linger as an American phenomenon. The group has played multiple sold out concerts at key jazz clubs in Los Angeles, including Catalina Bar and Grill, Vibrato, Vitello's, and a sold out show in conjunction with KJazz at the Wallis Annenberg Theater. Sasha's Bloc has collaborated with such noted musicians as Jane Monheit and Take 6.

"Alexander Gershman is not a jack of all trades; rather he is a master. He wears many hats and wears them all well: physician, surgeon, philanthropist, bandleader, songwriter and bassist to name a few. The 8-piece small group which is Sasha's Bloc sounded nothing short of amazing... Songs like "Feels Like Jazz" and "Breakfast" were guest favorites... Speaking of the songs, they are Gershman originals. And from my perspective, his writing is right up there with some of the classic songsmiths of the first part of the 20th century." —International Review of Music by James DeFrances

I knew I wanted to be a musician:
When I was five years old.

What is your sound and approach to music?
I like the acoustic sound and ability to express yourself. The music has to inspire the listener and have discreet original sound. I also like to write about my feelings and about my life stories.

What is your teaching approach?
Respect and listen to their own potentials. The most important to me is to be able to enhance their own God-given gifts and then teach them new tricks so they can have more tools to approach different tasks.

Your Dream Band?
To me the dream band is the one that has people with the same goal and desire to make music together. You can have the collection of the best artists but without affinity to each other and they would not give the inspiring sound together. So we selected our group on the basis of the best musical quality but also on the merit of the camaraderie and joint interest in style and the music that we create.

Road Story—Your best or worst experience
All Great. The funniest was the gig in Vegas! Getting respect from a very eclectic crowd!

Your favorite recording in your discography and why?
Runaway Blues with Take 6. Watching them rehearse and record was special. Playing in Capitol Records was very special as well.

What do you think is the most important thing you are contributing musically?
I want to think that we are bringing back the great sound of the Jazz of 1920s and 30s adding new modern sounds and modern traditions, preserving the intimate feel of the music of that time.

The first jazz album I bought was?
Something from Duke Ellington.

How would you describe the state of jazz today?
Jazz is not very popular because most the musicians are not willing to become populist and are adherent to the classical traditions that sometimes are outdated and do not resonate with the younger audience. That is why we are trying to bring new feels and arrangements to our music so it has the sophistication and definitive style, but is also exciting for a younger crowd.

What is in the near future? (discuss current or pending projects: new recordings, tour dates, etc.)
We are working on the new CD Seven Days of Blues, new jazz musical Soveticus, a cross over concert with a 22 piece symphony orchestra on July 20, and the concert at LACMA on July 22.

What is your greatest fear when you perform?
I'm not able to deliver our music and passion to the audience and leave them indifferent to our songs.

What is your favorite song to whistle or sing in the shower?
The song from my musicale Lev's Charleston.

If I weren't a jazz musician, I would be a:
Doctor.

If I could have dinner with anyone from history, who would it be and why?
Frank Sinatra.