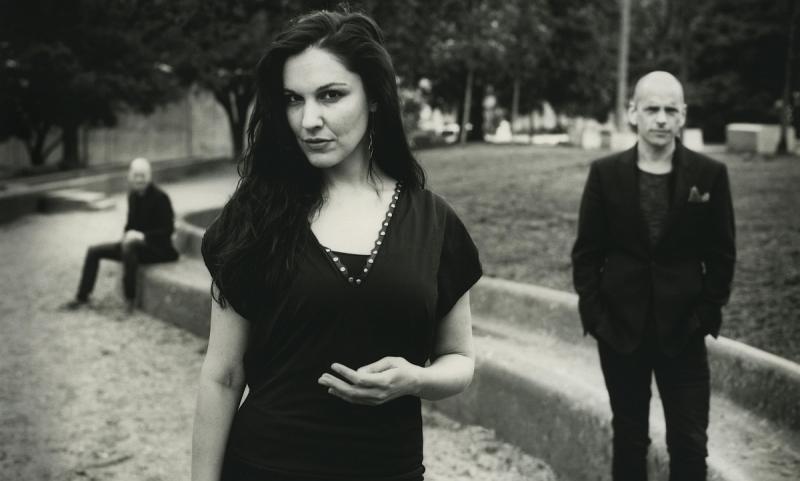 The music of this trio project is "a mystical and spiritual journey," Tord Gustavsen declared early in the set during his first-ever appearance in Philadelphia, an endeavor about "finding the divine light within ourselves instead of looking somewhere outside." He's self-effacingly quiet and unassuming at the microphone, which is no surprise to anyone familiar with his less-is-more eloquence at the piano. He and his bandmates showed that same understated intensity for the remainder of the night through a set effortlessly spanning hemispheres and centuries. On the last of their brief string of US dates, this was indeed the kind of show that's closer to spiritual communion than simple performance.

The evening was a celebration and expansion of their first release What Was Said (ECM, 2016). The pieces beautifully cover the traditional folk of his native Norway, the 13th-century Persian poetry of the Sufi mystic Rumi, the contemporary jazz and classical stylings Gustavsen has explored through his career, and light flavors of electronics that make an altogether new and unexpected seasoning. Simin Tander sings in a mix of languages and sometimes an improvised vocalese that's more about sounds than words. Long-term collaborator Jarle Vespestad meanwhile provides the lightest of anchors with superbly tasteful drum and percussion work. It's a mix that demands patience and attention, leaning towards structures and harmonies largely unfamiliar to Western ears.

At Fringe Arts they were fortunate to have a generously respectful Monday-night crowd ready to follow along— the place even managed to stay almost free of glowing phone screens. Gustavsen had the room immediately hushed with a slow circular pattern of light high notes well before Tander joined in with something low and breathy. If anyone had been looking for the candlelight jazz of his early trio albums, they would quickly figure out this was a different affair entirely. Vespestad's first contribution was a deep rumble of mallets that suggested far-off thunder, while the steadily building melodic pattern suddenly turned minor and stormy, like waves rising and falling. The dynamic flow and change made these pieces into stories as much as songs.

Segueing straight into the second number, Gustavsen punctuated the groove with angular low notes while the drumming turned low and trance-like. Tander's formless chant became downright serpentine as she waved and swayed with a feline grace like someone possessed. Throughout the night everyone's stage manner was just as inwardly focused and contemplative as the music. They would sometimes shoot glances or quick smiles across the floor, but it most often seemed they were wrapped in the sounds and navigating by feel as much as sight. In the more intense moments like the roiling of "What Was Said to the Rose" or the bare-bones "Your Grief," you could swear they'd forgotten where they were and gotten carried away entirely.

It made a performance that was many different things: entrancing, haunting, starkly emotional and occasionally spellbinding. Gustavsen blended a gentle touch on the keys with subtle shadings of synthesizer tones and occasional hand- muting of the piano's strings. A couple pieces touched on straightforward vamp patterns or conventionally harmonic chords, which might have almost seemed odd amidst the mainly Eastern melodies and voicings, but this music's biggest success lies in always finding common ground to bridge them all.

This communion was the primary idea behind What Was Said, where they translated Persian poems into English and Norwegian hymns into Pashto, and it's really the larger purpose of this group as well. There wasn't any piece that had only one tone or feeling. The peaceful moments would be balanced out with some kind of tension elsewhere. The dark or spooky ones still have a gleam of light. The set's finale "A Castle in Heaven" was based on a traditional Scandinavian funeral song, though we were told it's also about hope as well. This one conjured the swelling and crashing of seascapes with deep percussion rolls and airy piano splashes. Tander's wordless vocalizing probably made the most fitting approach for such an intensely emotional theme; when the heavy piano and drums eventually subsided to deep rhythm and sparse chords, her percussive scatting shifted to a low simple chant that stirringly evoked the days of Vikings setting fire to longboats.

Not sitting idle since forming, the trio also offered a rich pair of new pieces newly worked up since the album's release: a smoky club-noir-tinged meditation "about metaphorically drowning in love," as Tander explained it, and one full of Mediterranean folk flavor that verges on sultry. They're another step onward from what's on the album, yet appropriately fit as part of the same bigger picture. "The source of now is here," she sang to send us off during an encore adapted from another Rumi poem, and this audience walked away with a most sublime reminder of how everything's connected after all.