Olu Dara is a multi-talented entertainer who has been performing since he was eight years old. Born (1941) in Natchez, Miss, Olu landed in New York in 1963 after a stint in the US Navy which took him all over the world. "Stranded in Brooklyn" (as Olu sings in his tune, Neighborhoods), Olu turned to music to survive. During the 1970s and '80s, he gained a reputation as a trumpet/cornet player who could handle all aspects of jazz. On the one hand he could perform with Art Blakey's Jazz Messengers (1973- 74), but he could also handle the demands of the free- flowing avant-garde style which formed the basis of the New York Loft scene of that period

There is something inherently objectionable when a billionaire acquires an artistic masterpiece by say, Leonardo DaVinci or Claude Monet, only to sequester it from public view. You might feel the same about Julius Hemphill's recordings Dogon A.D. (Mbari, 1972) and 'Coon Bid'ness (Arista/Freedom, 1975). Both five star recordings, now out of print, cost a small fortune ...

Since 2016, and even through the pandemic of 2020, jny: Madison Wisconsin has hosted a steady stream of improvisational music concerts. The majority of these are thanks to the organization named after Wisconsin's native grass, BlueStem Jazz. Founded by two retired professionals and melophiles this non-profit, award-winning establishment is dedicated to promoting and hosting a wide ...

Do Tell: Hotend - Do Tell Plays the Music of Julius Hemphill 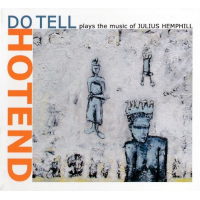 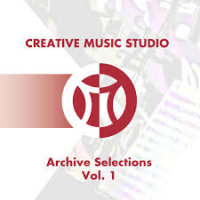