Noah Kaplan Quartet: Out of the Hole

This is the third installment of saxophonist, composer Noah Kaplan's quartet for the hatology (now ezz-thetics) label amid an eight-year delay between the time the sessions were completed and the issuance of the album. For example, this live outing recorded at Firehouse 12 in Connecticut was consummated in 2012 and released in 2020. But in the ...

Noah K is a composer, saxophonist and record producer from Topanga Canyon, CA. His music has been performed by the New Jersey Symphony Orchestra, JACK Quartet, SO Percussion, and others, in venues including Le Poisson Rouge, National Sawdust, Seiji Ozawa Hall, and The Stone. He leads the band Dollshot whose second album Lalande was released in 2019 and is currently developing an opera, Salvation, with screenwriter Hampton Fancher for which Fancher wrote the story and libretto. As a saxophonist, K has performed or recorded with Anthony Coleman, David Tronzo, Peter Erskine, Alan Pasqua, Rinde Eckert, Joe Morris, Mat Maneri and Joe Maneri, among others 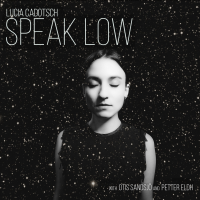 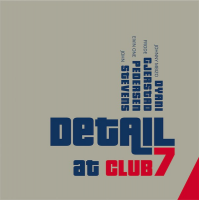 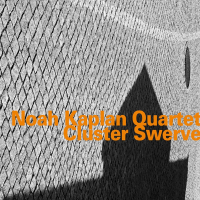 Saxophonist Noah Kaplan's second album for the Switzerland-based hatOLOGY label equates to a six-year gap, following his debut, Descendants (2011). But the artist has been productive by pushing the envelope via his multi-purposed activities with various ensembles amid his status as a PhD candidate in Music Composition at prestigious Princeton University. He skirts the free-zone here, ...