Miles Mosley is an upright bassist, vocalist, producer, composer and arranger. As a teen, Mosley was selected to play bass for the Grammy All-American High School Jazz Band & Choir, and was acclaimed as a “technical virtuoso” by Los Angeles Times jazz critic, Don Heckman. He received his classical training at the Colburn School of Music in Los Angeles, had years of study with jazz bass legends John Clayton, Ray Brown, and Al McKibbon, and received his undergraduate degree in music at UCLA. Since then Mosley has greatly expanded his repertoire, mastering the bass and a vast array of instruments, deftly blending Jazz with Rock, Pop, Funk, and R&B

Los Angeles trombonist, Ryan Porter is set to release his first West Coast Get Down live album entitled Live in Paris at New Morning. In this interview, Porter talks about his experience performing on his first European tour, recording the live album, his relationship with Roy Hargrove and the importance of Social Ambassadors. New ...

Enjoy Jazz Various Venues Heidelberg/Ludwigshafen/Mannheim Germany October 14-20, 2019 The Enjoy Jazz festival always offers an exciting array of venues, switching locations virtually every night of its six-week run, and often providing the chance to creep inside a range of historic buildings in its three-city spread. ...

Kamasi Washington Ogden Theatre Denver, CO October 26, 2018 Kamasi Washington is an ambitious guy. His first major label album was a 3-CD release running 173 minutes, The Epic (Brainfeeder, 2015). He followed that up with a mere 6-song release, but most recently came out with yet another 3-CD set Heaven ...

Headliners and Rising Stars at the 2018 Montreal International Jazz Festival

Part 1 | Part 2 | Part 3 | Part 4This year marked one of the best and most well-balanced indoor (paid indoor events) and (free) outdoor lineups at the Festival International de Jazz de Montreal (FIJM). The strength of the lineup stretched across genres and also maintained a consistency over the course of ...

Label: Verve Music Group
Released: 2017
Track listing: Young Lion; Abraham; L.A. Won't Bring You Down; More Than This; Heartbreaking Efforts and Others; Shadow of Doubt; Reap a Soul; Sky High; Your Only a Cover; Tuning Out; Fire. 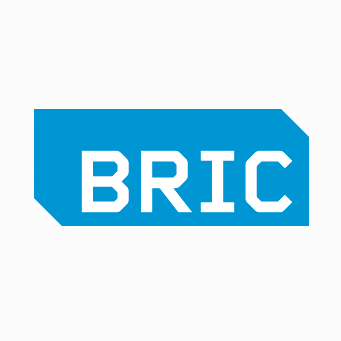 Acclaimed New Festival Brings Together Globe-Trotting Jazz Legends, Groundbreaking Emerging Jazz Artists From Brooklyn And Beyond, And Grows In Third Year To Include: A Full Week of Programming, Much of it Free, Featuring Performances By Maceo Parker, The Sun Ra Arkesta Directed by Marshall Allen, Vijay Iyer, The Terri Lyne Carrington Band, GoGo Penguin and More ...
read more

38th Annual Detroit Jazz Festival Hart Plaza Detroit, Michigan September 1-4, 2017 Those of us who have been following jazz music for a long time know that there are definite changes in the landscape these days that are having a major impact on the music scene. For starters, we recently have ...

Miles Mosley Gets Down!

Bassist, singer and composer: Miles Mosley is all of this and much more. After studying with bass giants like John Clayton and Ray Brown, Mosley extensively toured with musicians of the caliber of Lauryn Hill, Jeff Beck, Gnarls Barkley and Mos Def and participated in the recording of albums by Korn's Jonathan Davis and Avenged Sevenfold, ...