Marco Panascia (pronounced: pana-SEE-ah) is an Italian-born bassist, composer and educator living in New York City since 2002, and a recently minted U.S. citizen. His proficiency in many different musical situations and settings, and his strong doubling skills on the acoustic and the electric basses have earned him wholehearted praise worldwide. Panascia has made a name for himself by being featured in the groups of several jazz luminaries, such as Kenny Barron, Andy Bey, Kevin Mahogany, Eric Reed, Dado Moroni, Alvin Queen, Bobby Watson, Peter Bernstein, Tamir Hendelman, Claudio Roditi, and David Kikoski, and by regularly appearing in some of the world's top music festivals and venues, such as the Montreux Jazz Festival, the Hollywood Bowl, and the Kennedy Center for the Performing Arts

Eric Goletz is a virtuoso trombonist who also writes and arranges. On first hearing, his core band may put some in mind of Chase, Bill Chase's high-flying group that featured both vocals and technically demanding trumpet. Goletz has something similar going on. The music opens with “Prelude: Before the Light" and “A New Light," with a ...

Vessels Of Wood And Earth

Passionate, inventive, and sensitive, double bassist Giuseppe Millaci is praised by the international press for his exceptional musicianship. After completing his studies at the Royal Conservatory of Brussels, Millaci’s musical career took him beyond European borders to perfect his skills with Drew Gress and Marco Panascia in New York. He performed first as a sideman alongside ... 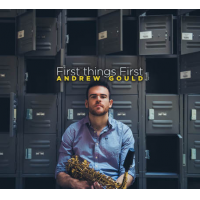 Free-wheeling and forward-thinking, young, native-New Yorker and one-time performer at the Charlie Parker Jazz Festival, Andrew Gould makes his living on alto and soprano sax, but he blows wild like many a tenor-man before him, including his inspirations Joe Henderson and John Coltrane. On First Things First, his broad and confident debut, high-wattage rules ...

There are many realities to the jazz scene in New York. If you check out the marquee listings at the swankiest clubs, you'll see certain names pop up again and again for a short run here or there. These men and women are most certainly an important part of the mix and draw, having paid their ...

Carter Calvert: It's A Man's World 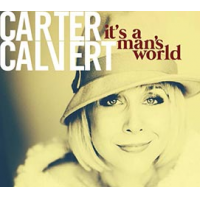 Sophistication, sultry and a powerhouse--though these words are often used in description of jazz vocalists, in this case it is actually true. Carter Calvert spots a six octave voice that is well-rounded, precisely tuned, and can grit and shine with the best of them. Carter is not a newbie by any sense of the word. Calvert ... 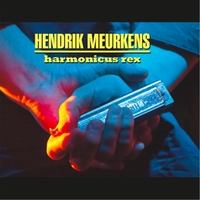 Long before he became a proponent of the Brazilian jazz sound, harmonica and vibraphone master Hendrik Meurkens was drawn to the “swing" of the traditional jazz style and has remained a musical conservative ever since. Harmonicus Rex is the first all straight ahead jazz album Meurkens produces in a fifteen-year period. Here, the harmonica's expressive swinging ...