acob Garchik, multi-instrumentalist, composer, and arranger, was born in San Francisco and has lived in New York since 1994. At home in a wide variety of styles and musical roles, he has become a vital part of NYC’s downtown and Brooklyn scene, playing trombone with the Lee Konitz Nonet, Ohad Talmor/Steve Swallow Sextet, The Four Bags, Slavic Soul Party, and the John Hollenbeck Large Ensemble. In 2012 he released the acclaimed solo CD “The Heavens: the Atheist Gospel Trombone Album”. Since 2006 Jacob has contributed dozens of arrangements and transcriptions for the Kronos Quartet of music from all over the world

This is, as usual, an extremely eclectic show, this time featuring big bands, vocalists, some Latin flavors and much more. Artists heard on the show include Ches Smith, Martin Bejerano, Sam Rivers, Gretchen Parlato and the David Sanford Big Band. Playlist Henry Threadgill Sextett “I Can't Wait Till I Get Home" from The Complete ...

Trombonist and composer Jacob Garchik is versatile and restlessly inventive. His past work has ranged from a brass-only orchestra to a guitar-heavy ensemble as well as a unique take on gospel music. His sixth release, the provocative Assembly, evokes film soundtracks with a touch of fantasy. The nine originals make a cohesive whole with a creative ... 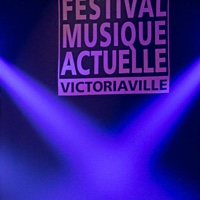 As a consequence of the global pandemic, we have been schooled in the science of virology. Under certain conditions viruses mutate and reorganize into something completely new. That is bad. Mutations can also be heard in the adventurous music of Jacob Garchik. That is good. His trombone leads his Atheist Gospel Trombone Album, his big band, ...