acob Garchik, multi-instrumentalist, composer, and arranger, was born in San Francisco and has lived in New York since 1994. At home in a wide variety of styles and musical roles, he has become a vital part of NYC’s downtown and Brooklyn scene, playing trombone with the Lee Konitz Nonet, Ohad Talmor/Steve Swallow Sextet, The Four Bags, Slavic Soul Party, and the John Hollenbeck Large Ensemble. In 2012 he released the acclaimed solo CD “The Heavens: the Atheist Gospel Trombone Album”.

Since 2006 Jacob has contributed dozens of arrangements and transcriptions for the Kronos Quartet of music from all over the world. His arrangements were featured on “Floodplain” (2009) and “Rainbow” (2010). He composed the score for Kronos for the documentary film “The Campaign” (2013) about the fight for marriage equality in California, which aired on PBS and at the frameline37 film festival in San Francisco. Complete list of arrangements for Kronos

As a trombonist Jacob has worked with many of the luminaries of the avant-garde, including Henry Threadgill, Laurie Anderson, Anthony Braxton, Anthony Coleman, Joe Maneri, Frank London, James Tenney, Josh Roseman, Don Byron, Terry Reilly, George Lewis, and Billy Martin. He has also played in ensembles led by rising artists such as Mary Halvorson, Dan Weiss, Miguel Zenon, and Steve Lehman. In 2013 he was named a “Rising Star” in the Downbeat Magazine Jazz Critic’s Poll. 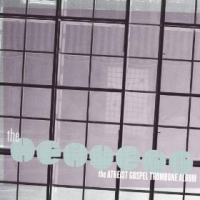 All About Jazz musician pages are maintained by musicians, publicists and trusted members like you. Interested? Tell us why you would like to improve the Jacob Garchik musician page.