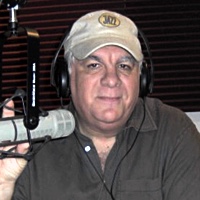 Jazz radio host and All About Jazz contributor Ed Blanco, in May 2020 celebrates 13 years as producer and host of Jazz Café, an early Sunday morning jazz show on WDNA, 88.9FM in Miami, Florida. Beginning on Mother’s Day of 2007, Ed has been playing and promoting some of the best in straight ahead jazz presenting ...
read more

Acclaimed by the New York Times as one of the “Top 10 Definitive Moments of the Decade in Jazz Music,” the GroundUP Music Festival returns to the oceanside North Beach Bandshell in sunny Miami Beach, Florida, February 14-16, 2020. Hosted by three-time Grammy award-winning collective Snarky Puppy, GroundUP has announced the schedule for their intimate cocktails ...
read more

A Variety of Artists Express Their Enthusiasm for the Festival’s Evolving and Eclectic Line Up As autumn begins its inevitable turn toward winter, the chance to enjoy a combination of jazz and sunshine becomes even more tempting. From November 22 through 25, the Suncoast Jazz Festival, which takes place on the travel-award-winning Clearwater Beach, will provide ...
read more

EUGENE GREY is an internationally traveled and acclaimed Jamaican guitarist, arranger, composer, and music educator. According to Rootz Reggae & Kulcha magazine, “Eugene Grey is yet another of the many genius guitarists of world class status that Jamaica has produced” playing professionally from the age of 14. Eugene has toured worldwide as lead guitarist with such artists as Grammy Award winners Burning Spear and Toots and the Maytals, Sly and Robbie as well as Culture, Fab 5, and the internationally acclaimed Kid Creole and the Coconuts. Other artists Eugene has performed with include Max Romeo whom he toured with for the first time in Europe, Horace Andy, Big Youth, The Harlem Renaissance Orchestra, America’s Singing Poet Steve DePass, West Africa’s Abdou M’Boup and Vieux Diop, Tony Cafresi and His Latin Orchestra, The Wailers, and The Skatalites. Another aspect of Eugene’s career included performing as musician in theatre musicals

Gerald is a young talent who is quickly picking up steam in the music community. His grasp of harmony and melody gained from years as a cellist has given him a sense of musicality that became his mark as a drummer. Gerald’s versatile style of drumming paired with his energetic expressions make him a truly unique asset. As a composer and producer, he is just beginning to spread his wings. The mixture of vibrant instrumental moods along with thoughtful lyrics are shaping his path into songwriting. 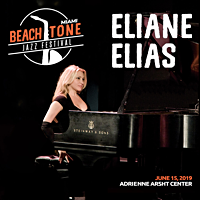 This year marks the 29th anniversary of the Suncoast Jazz Festival, which takes place every November on the travel-award-winning Clearwater Beach. In its early years, the festival featured bands and musicians with a focus on early jazz, but more recently, working with acclaimed guitarist Nate Najar, has expanded its line-up from traditional jazz to include swing, ...
read more

Born in New York City on July 8th 1957, Tracy Alexander is the son of internationally renowned Jazz Drummer Elmer "Mousie" Alexander (1922-1988). "Mousie" was voted onto the list of Top Ten Jazz Drummers internationally for over 40 Years by The Downbeat Jazz Polls. Tracy studied with his Father from the age of 12 years old and two years later was accepted into Choate School's Jazz Performance Class where he played drums in The Mighty Midgets Of Jazz Big Band under the direction of Phil Wilson. In 1972 at the age of 15 years old Tracy began playing professionally on weekends and was invited to join The Nassau County Neophonic Lab Band which was composed of the finest high school level Jazz Musicians in the area