The iconic producer Hal Willner passed away a little over a week ago, on Tuesday 7 April 2020. The same day, John Prine and Eddy Davis also took off. It felt like a COVID-19-induced Black Tuesday for the music world, but maybe Hal had simply invited them to join him for a follow-up to Lost in ... 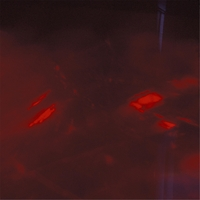 On the late summer afternoon I visited composer Gina Leishman, we couldn't meet in her apartment because it was under repair. A pipe had burst so a friend was loaning her apartment to Gina for a few days; one of those little studio apartments that New Yorkers manage to transform into what seems like a sprawling ...

Orange&Blue, and a glance at NYC's Downtown Jazz Scene

New York-based clarinetist, banjoist, Doug Wieselman (Lou Reed, Bill Frisell, Yuka Honda) is often immersed within the new music realm, including jazz and most of its offshoots. Highly in demand, the artist also composes for theater and TV. With Trio S' second release, he skirts the boundaries of ambient-electronic stylizations, jazz, folk and modern chamber, with ...