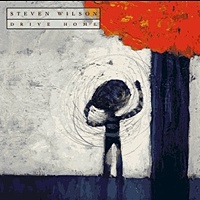 It's been a busy couple of years for Steven Wilson. The British singer, multi- instrumentalist and songwriter has continued his work as the go-to guy for surround sound and stereo remixes on recent outings including XTC's Nonesuch (1992; reissued Panegyric, 2013), Yes' Close to the Edge (1972; reissued Panegyric, 2013), Jethro Tull's Benefit: A Collector's Edition (1970; reissued Chrysalis, 2013), and his new stereo mix, in collaboration with King Crimson's Robert Fripp, of that group's classic Red (DGM Live, 1975), found on the wonderfully massive The Road to Red (Panegyric, 2013) box and less expansive (and expensive) two-CD set.

But what has occupied the majority of 2013 has been Wilson's world tour on the back of The Raven That Refused to Sing (And Other Stories) (Kscope, 2013), a contemporary progressive rock classic featuring a lineup that has been largely stable, with the exception of the guitar chair, since 2011, when the Porcupine Tree founder/front man hit the road in support of Grace for Drowning (Kscope, 2011), his second release under his own name after the harbinger of 2009's Insurgentes (Kscope).

Wilson has already released a full concert from the Grace for Drowning tour, Get All You Deserve (Kscope, 2012), though that was with guitarist Niko Tsonev. With The Raven, Wilson brought the virtuosic Guthrie Govan aboard, fitting hand-in-glove into the preexisting chemistry shared by Wilson, keyboardist Adam Holzman, woodwind/reed multi-instrumentalist Theo Travis, bassist/stick player Nick Beggs and drummer Marco Minnemann. The result was a tour that, as evidenced by his Montreal, Canada performance in April, actually transcended his already memorable show in the same city 17 months earlier, in the fall of 2011.

While most artists follow the usual pattern of studio record, tour and live release, Wilson has (no surprise when looking at his overall career, now in its third decade) opted for something a little different: an EP-length offering, Drive Home, available as either a single CD or a combo of CD with either DVD or Blu- Ray. All three versions feature seven tracks on the CD, including four live performances from Frankfurt, Germany, an edited version of "Drive Home" (the full-length version first heard on The Raven), an orchestral version of the title track from The Raven and a new piece, the brief but fiery "The Birthday Party," which continues to position Wilson and his group at the top end of the upper tier of 21st Century progressive rock, combining knotty compositional constructs with textural shifts, some almost unbelievable kit work from Minnemann and an unexpectedly pithy vocal section during the song's closing minute.

The Blu-Ray and DVD both include videos for The Raven's title track and "Drive Home," telling two of the stories that were at the core The Raven's six tracks, as well as a multi-camera shoot from the Frankfurt show, and high res audio-only versions of "The Birthday Party" and the orchestral "The Raven That Refused to Sing." It would have been nice to have had live versions of everything from The Raven since, unlike the Grace for Drowning tour, the entire album was performed at most shows. However, since an early version of "Luminol" was included on Get All You Deserve, Wilson's inclusion of "The Holy Drinker," "The Watchmaker" and "The Raven That Refused to Sing" here means that live versions of the album's longer, more epic and episodic tracks are now available, along with a live take of "Insurgentes," which was not performed during the 2011/12 tour, leaving only "Drive Home" and even shorter "The Pin Drop" unavailable in live form.

While it's great to have the live tracks in audio form on CD, it's the concert video footage that truly demonstrates just how far this group has come since its 2011/12 tour. "The Holy Drinker," in particular, features high octane solo spots from Govan, Travis and Holzman during its opening two minutes; Govan's contributions are especially revealing since this is the first live document of his work with the band and, while Wilson's previous guitar choices were all certainly good, Govan is clearly the right piece for the puzzle which Wilson has been searching to complete since first hitting the road under his own name. For those who missed the tour, it's a chance to experience, albeit briefly, Wilson's ability to put on large-scale looking shows on a small- scale budget.

But everyone shines on this relatively short but complete representation of Wilson's multifaceted writing. "The Raven That Refused to Sing" was a gorgeous set- closer, its heartbreaking story projected on the rear screen but, with the various close- up edits of the band, it's great to also have the full video available as well. And while the band version used on The Raven is, in some ways, definitive, the orchestral version of the song—with just Wilson's piano and voice, augmented by orchestra and choir—is so good that it makes a strong case for having been included on the original studio record. Either way, it's now possible to have both, along with a dramatic live version that demonstrates Wilson and his band at their most powerful...and their most vulnerable.

With his world tour now over and this small gift now available, what does 2014 hold for Wilson? From his website: " The success of The Raven album will be a tough act to follow, and writing a worthy follow up will occupy most of my time over the next 6 months (I plan to record some time next Summer). There won't be anything in the way of new music from me until then, but there will be some reissues of older music, including some more classic album remixes. Plus there will be a handful of Blackfield shows in February that I will be taking part in, more news on that soon."

Drive Home fills an important gap by documenting his exceptional 2013 touring band. Whether this band stays together or not is yet to be seen, as is the question: will Wilson continue on this path or choose something completely different for his next record? In the meantime, the forward momentum built by Wilson over the past three years may slow down briefly, but there's little doubt that, based on the upward trajectory of his three solo recordings and utterly memorable tours, whatever is to come will be well worth waiting for.