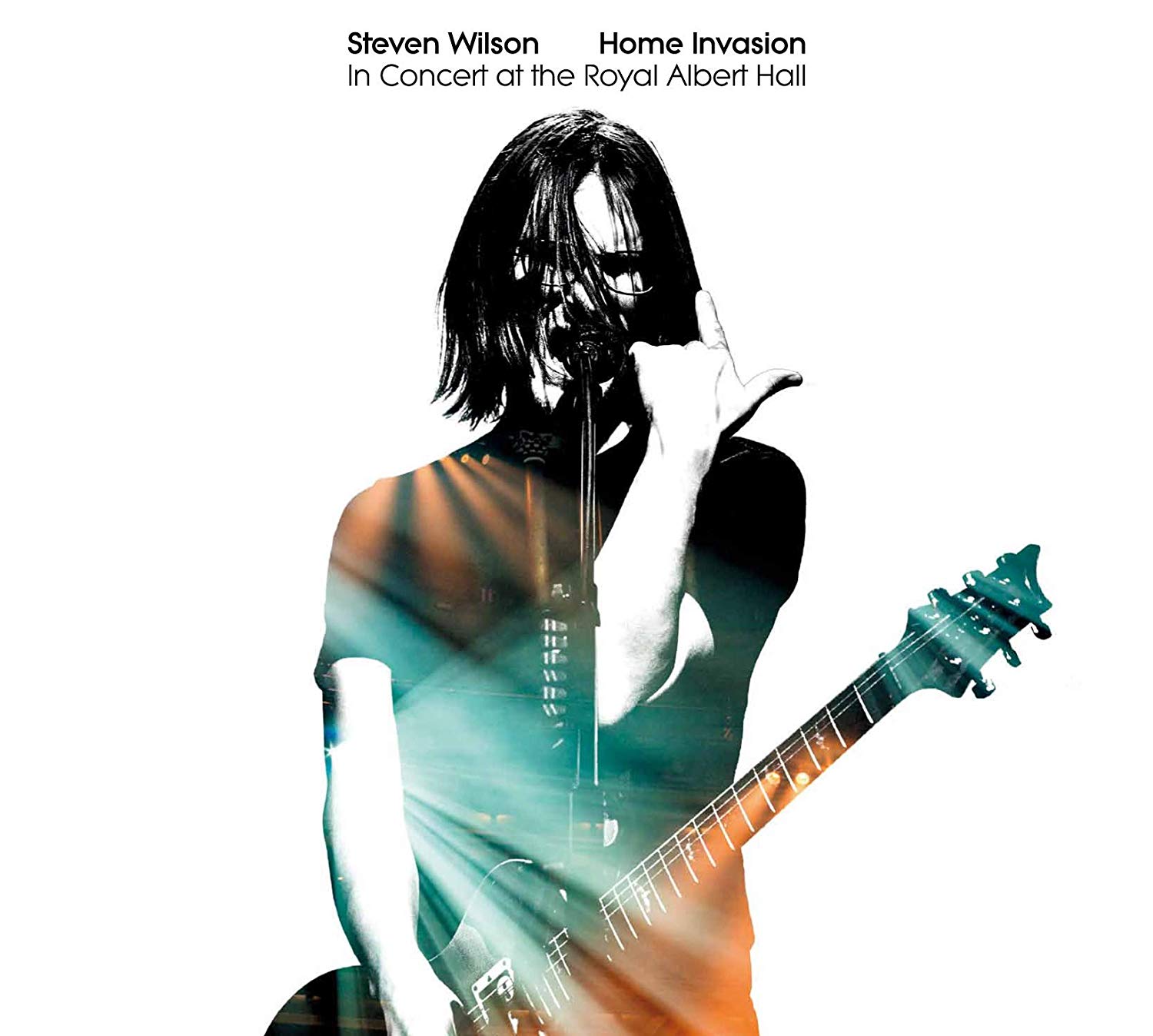 One component of progressive rock composer/vocalist/guitarist/ Steve Wilson's widespread appeal pertains to his rather boyish charm and heartfelt vocal delivery. A strong composer and supreme melody-maker, the artist seduces the audience with the notions of living and breathing the experiences and implications of a song's lyrics. And he helped pave the way for post progressive rock stylizations as the founder of the hugely successful and influential band, Porcupine Tree. Moreover, he's collaborated with several named artists and ensembles over the ...

Steven Wilson Home Invasion: In Concert at the Royal Albert Hall Eagle Records 2018 In a career now early in its fourth decade, singer/songwriter/multi-instrumentalist Steven Wilson has bucked almost every trend in the new millennium music industry. After spending over twenty years as the driving force behind Porcupine Tree, he made the seemingly risky move of going solo with 2009's Insurgentes (Kscope). In some ways it was an odd move, given that Porcupine Tree ostensibly ...

Steven Wilson Salle Wilfrid Pelletier Place des Arts Montréal, Canada November 23, 2018 Singer/songwriter Steven Wilson's star has been on the ascendance since he first began releasing albums as Porcupine Tree in the early '90s, a solo project that ultimately became a band when early releases were so successful that it became necessary to form one in order to take the music on the road. When he decided to part company with the group ...

Steven Wilson The Keswick Theater Glenside, PA April 25, 2018 If rockers are usually supposed to slow down and lose their edge as they get older, Steven Wilson obviously missed the memo. He's a little way behind the departing or retiring rock royalty of the '70s (not that they've all become dinosaurs either), but he seems to be only getting more fired up as his solo career progresses. His restless insistence on mad genre-hopping does ...

From the moment that he decided to “go solo"--despite his previous flagship group, Porcupine Tree, beginning in the late '80s as a solo project that only evolved into a group when it became popular enough to necessitate putting together a band in order to perform live--Steven Wilson has, in many ways, defied categorization and expectation, while consistently imbuing his music with a seemingly infinite and richly diverse series of influences. Wilson is, after all, a true music geek: ...

Wait long enough and everything old becomes new again. Steven Wilson's career has often seemed like one long exercise in putting that idea into practice. Through at least half a dozen different musical outfits, he's continually borrowed from and paid homage to the vast genre stew of music that's shaped his life, from progressive rock to psychedelia, house, shoegaze, noise/drone, acid folk and much more. Most albums through his solo career have tended to center around one particular niche from ...

Steven WilsonThéâtre St-Denis Montréal, Canada March 2, 2016 Perhaps one of the biggest signs of multi-instrumentalist Steven Wilson's continued upward trajectory is this: less than nine months after selling out two nights at the Festival International de Jazz de Montréal in 2015, he brought his top- drawer band back to Montreal for another packed-to-the-rafters show, this time at Théâtre St-Denis, where Crimson delivered two stunning nights last November. Beyond the fact that, despite issuing an ...