By DOUG COLLETTE
May 17, 2020
Sign in to view read count
Blues Deluxe is a regular column comprised of pithy takes on recent blues and roots-music releases of note. It spotlights titles in those genres that might otherwise go unnoticed under the cultural radar. 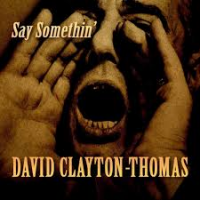 Circa "Spinnin' Wheel" plus "And When I Die," David Clayton-Thomas' is best-known voice of Blood Sweat and Tears. But his savvy production takes precedence over immediately-recognizable singing within the topicality of Say Somethin'. For instance, Eric St. Laurent's rough-hewn electric slide grabs attention as the base in "Burwash," one of four originals he co-authored with DCT (who also wrote the rest of this all-original material in various collaborations). The top-billed Canadian evinces as much bravery as reliable experience in his supervisory role too: he maintains a core quintet of accompanists, the tasteful performances of whom not only buttress some generic songs, but also ratify choices of track sequencing such as the early insertion "The System." Clayton-Thomas was infinitely wise to delegate technical duties to the clearly skilled likes of of recordist/mixer Bernardo Francisco Cisternas and mastering engineer Peter Moore: the sound is polished but not overly so. And, last but not least, the absence of printed lyrics precludes much sense of preaching on a tune like "Never Again" (though it doesn't obscure the fey likes of "King Midas"). 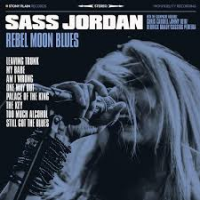 As Sass Jordan delves ever more deeply into the blues genre, much of what she includes on Rebel Moon Blues looks (and to a great extent sounds) familiar. But her takes on "Too Much Alcohol" and "Leavin' Trunk"do justice to other versions by, respectively, the late Johnny Winter and Taj Mahal. Deceptively raw and rowdy on the latter, the Canadian chanteuse also proves she knows how to croon on the bouncy tuneful likes of Willie Dixon's "My Babe" Jordan's tone of voice matches the tart harmonica by Steve Warriner there and her impassioned but restrained vocal delivery also showcases Chris Caddell's dobro work during "Am I Wrong." Meanwhile, the steadfast band dubbed 'The Champagne Hookers' evinces not a whit of self-consciousness as it gleefully sashays into "One Way Out;" one of eight songs comprising the Juno Award-winner's ninth studio album—and first release in nearly a decade—The Allman Brothers Band's arrangement of Muddy Waters' ultimately allows Sass Jordan to ratify a natural feel for the blues that, with the more rock-oriented likes of "The Key," should preclude any creative dead end(s). 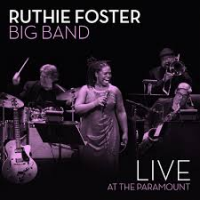 Lovingly polished but brimming with vigor, Live At The Paramount offers more proof (if in fact any was necessary) that Ruthie Foster has the all the presence necessary to front a big band. In fact, it is the seventeen-piece ensemble that contours itself to the front-woman on cuts like "Joy Comes Back" and "Brand New Day." The gospel overtones permeating the latter call to mind the truism about intense musical experiences evoking a sense of church and the notion continues on beyond "Might Not Be Right," co-authored by Foster with William Bell ("Born Under A Bad Sign") and a sultry interpretation of Johnny Cash's "Ring of Fire." Crowd-pleasing as is that latter cover, like the dual closing of "Fly Me to the Moon" and "Mack The Knife," the combined homage to the big band concept might better have come near mid-point of the show if only as the means to showcase more of Foster's (and the band's) sharply-executed performances on original material such "Runaway Soul." The robust audience response in the Austin venue is wholly in proportion to the instrumental and vocal artistry they're hearing. 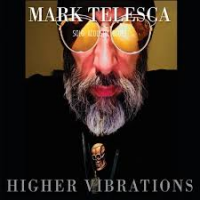 Mark Telesca's first solo acoustic blues album, Higher Vibrations, is a sixteen song collection of pre-WWII blues plus his own similarly-styled material. And while much of what the man does in the realm of Solo Acoustic Blues will sound familiar—Hot Tuna comes to mind first and foremost on longstanding entries from their repertoire "How Long Blues" and "Keep Your Lamps Trimmed and Burnin'"—that (over?) obvious connection does not deny how the Floridian reinvigorates the idiom: it's almost possible to hear his body language on these recordings. This LP, in fact, fully lives up to its title in that the guitarist/vocalist elevates his playing and composing right in line with the venerable tradition, even as he foregoes the electricity that's been his stock in trade up to this point. To that end, the guitarist/vocalist/songwriter (of nine selections here) embraces the vintage style with a relish that renders compelling performances of tunes such as "Looking For Some Gold;" his sense of purpose translates directly into music the likes of which would be ideal for a multi-set, acoustic/electric 'Evening with Mark Telesca'). 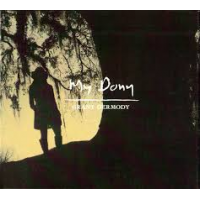 A harpist as skilled as is Grant Dermody should be regarded as a national treasure, all the more so because his playing is a means to make music, not just showcase his own skills. That's one reason this title song showcases both the guitar and Wurlitzer electric piano of Dermody's Renaissance man in residence, Dirk Powell (songwriter, multi-instrumentalist and engineer) and also why the tight-knit simplicity of the core unit of musicians so smoothly incorporates the vocal collaboration(s) from Rhiannon Giddens, Amythyst Kian & Allison Russell on "Great Change." The song selection here is a mix of traditional blues ("Morning Train"), compositions by icons in the genre such as Sonny Boy Wiliamson (" Springtime Blues") and collaborative originals ("35-59"), but to the great credit of all the singers and players involved, it's well-nigh impossible to tell the difference. Dermody's sweet and sour timbre on his instrument lends much of the continuity, of course, but as on his own "Real Time Man," the shared passion and collective commitment suffuses all this earthy music recorded in Louisiana. 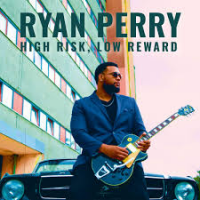 On the cover of High Risk, Low Reward, Ryan Perry's in a guitar-slinger pose if there ever was one and the (presumably) ironically-titled album bears out his braggadocio posture. Eleven tracks recorded in Germany feature both sparkle and snap, whether original like "Ain't Afraid to Eat Alone" or a cover such as Willie Dixon's "Evil Is Going On." The presence of such interpretations not only certifies vocalist/songwriter/guitarist Perry's roots and influences, but. in juxtaposition with his self-composed songs, ratifies how well and truly he's processed what he's learned. That said, it still takes some courage to work with only a core trio plus a pair of backing vocalists—especially as this is the man's first solo endeavor—but as the fivesome prove, on "Homesick" and elsewhere, the sound they conjure up belies its size. Kudos to bassist Roger Innis as the album producer: he made sure this simple but effective musicianship was captured sans any affectation that might otherwise undermine its passion; from start to finish, this audio of this fifty-plus minutes of contemporary blues sounds as fulsome as its musicianship.

Tracks: Leaving Trunk; My Babe: Am I Wrong; One Way Out; Palace of the King; The Key; Too Much Alcohol; Still Got The Blues.

Live at The Paramount

Tracks: Introduction; Brand New Day; Might Not Be Right; Ring of Fire; Stone Love; The Ghetto; Death Came A-Knockin' (Travelin' Shoes); Singin' the Blues; Runaway Soul; Woke Up This Mornin'; Joy Comes Back; Phenomenal Woman; Fly Me To the Moon; Mack the Knife.

Tracks: 99 Years; Black Dress; Murderin' Blues; Looking For Some Gold; Turn On A Dime; Louise; Come On In My Kitchen; It's All Right; How Long blues; Papa's On the House Top; Life in the City; The Electric Chair; Keep Your Lamps Trimmed and Burnin; Been A Long Time; I'm A Ram; Somethin' Just Ain't Right.

Tracks: My Dony; One Step at a Time; It Hurts to Be in Love; Springtime Blues; Real Time Man; Too Late to Change Your Mind; Corner Strut; I Can't Turn Back Time; Great Change; Morning Train; Come on Sunshine; 35-59; Hometown Blues.

Tracks: Ain't Afraid to Eat Alone; Homesick; Pride; A Heart I Didn't Break; Why I Sing The Blues; One Thing's For Certain; High Risk, Low Reward; Changing Blues; Oh No; Evil Is Going One; Hard times