Taj Mahal has spent more than 40 years exploring the roots and branches of the blues. Grounded in the acoustic pre-war blues sound but drawn to the eclectic sounds of world music, he revitalized a dying tradition and prepared the way for a new generation of blues men and women. While many African Americans shunned older musical styles during the 1960s, Mahal immersed himself in the roots of his past. "I was interested in the music because I felt something [got] lost in that transition of blacks trying to assimilate into society." He had no intention of repeating what had come before, however, and drew deeply from the wells of the ethnic music of Africa, South America, and the Caribbean.

Taj Mahal was born Henry Saint Claire Fredericks in New York City in 1942. His father, who had emigrated from the Caribbean, wrote arrangements for Benny Goodman and played piano. His mother, Mildred Shields, had taught school in South Carolina. "Even though I have Southern and Caribbean roots, my background also crossed with indigenous European and African influences," Mahal told Down Beat. "My parents introduced me to gospel, spiritual singing, to Ella, Sarah, Mahalia Jackson, Ray Charles." Mahal also listened to music from around the world on his father's short-wave radio, and developed a love for blues artists like Leadbelly and Lightnin' Hopkins, and early rock-n-rollers like Chuck Berry and Bo Diddley.

Mahal's family moved when he was a young boy and he grew up in Massachusetts. Growing up in Springfield, Mass., Mahal was a rarity�"a young African American who immersed himself in the study of his cultural heritage. At age 11 he witnessed the death of his father in a farming accident, but he found solace in music. When his mother remarried, he discovered his stepfather's guitar in the basement and learned to play it with a broken comb. He also took lessons from Lynnwood Perry and absorbed the radio sounds of jazz players like Illinois Jacquet and Ben Webster. Although he is primarily known as a guitarist, Mahal mastered an arsenal of instruments including piano, banjo, mandolin, and harmonica.

Mahal studied agriculture and animal husbandry at the University of Massachusetts. A dream inspired him to change his name from Fredericks, and he formed Taj Mahal and the Elektras in the early 1960s. He was lucky enough to have his ideas coincide with the '60s and the resurgence of the blues. He attended the Newport Folk Festival in the early 1960s to witness the folk and blues revival first hand. The opportunity to watch traditional blues players perform and meet the artists in person reinforced his decision to play acoustic guitar.

After graduating in 1964 Mahal moved to Los Angeles and formed the Rising Sons with Ry Cooder. The group signed with Columbia, but the label was unsure how to market the eclectic group. The band was unmatched on the L.A. scene, with a repertoire including electrified country blues and traditional folk tunes, although the Rising Sons released one single, the rest of the band's recorded material remained locked away in Columbia's vaults until 1992.

After the Rising Sons broke up, Mahal remained with Columbia and recorded his self-titled debut album, “Taj Mahal.” The album was a startling statement in its time and has held up remarkably well. The follow-up album, “The Natch'l Blues,” was equally well received. Mahal, however, soon revealed his penchant for going his own way, recording the half electric, half acoustic double album “Giant Step,” in 1969. Those three records built Mahal's reputation as an authentic yet unique modern-day bluesman.

Mahal continued to explore new directions in the 1970s. “Happy Just to Be Like I Am,” surveyed Caribbean rhythms, while “The Real Thing,” added New Orleans tubas. In 1973 he recorded the soundtrack for the movie “Sounder,” and the following year released “Mo' Roots,” an album heavily influenced by reggae. In 1976 Mahal left Columbia for Warner Brothers, where he recorded three albums in 1977 alone.

After remaining relatively silent through much of the 1980s, Mahal recorded the well-received “Taj,” in 1987. He then released “Shake Sugaree,” the first of several children's albums, and recorded a musical score for Langston Hughes and Zora Neale Hurston's lost play, “Mule Bone,” for which he received a Grammy nomination.

He signed with Private Music and released “Dancing the Blues” in 1993 and “Phantom Blues,” in 1996. Mahal is a fine interpreter, breezy and light on love tunes, righteous and randy on cheatin' songs, and soulful and shouting on the dance numbers. “Phantom Blues,” also included high-profile guest appearances by guitarist Eric Clapton and singer Bonnie Raitt. In 1997 he won a Grammy for "Señor Blues." He followed up with another Grammy for Best Contemporary Blues Album for “Shoutin' in Key: Taj Mahal and the Phantom Blues Band Live” in 2000.

Mahal's next music project grew out of his 15-year residency in Hawaii during the 1980s and 1990s. Joining with the Hula Blues Band, he recorded “Sacred Island,” in 1998, and followed it with “Taj Mahal and the Hula Blues” the same year and “Hanapepe Dream,” in 2003. This recording would also be the first of his albums to be released on his on label, Kan-Du. In 2005 he released “Taj Mahal and the Phantom Blues Band in St. Lucia.” This was followed with “Mkutano,” where he joined up with musicians from Zanzibar, displaying once again his versatility and global scope in music.

If the mixing of genres such as blues, Zydeco, gospel, and Latin music seems natural today, it is because of pioneers like Mahal. He opened up myriad possibilities for young artists who wanted to expand their musical palette beyond traditional blues. In the '90s, Guy Davis, Keb' Mo', Corey Harris, and Alvin Youngblood Hart, all flowing out of the surge in cultural consciousness that ensued as the offspring of the civil rights generation came into their own, prove Taj Mahal a pioneer.

While proud of his accomplishments, Mahal has remained more interested in pursuing current projects. He has recorded more than 25 albums and traveled throughout the world, continuing to explore new musical veins, playing as many as 200 dates a year, and releasing a steady stream of albums. Whether he's with a full band playing pop arrangements or stripped-down roots, Mahal has asserted himself as a keeper of the faith and a still vital force that continues to roam past musical boundaries.

Interschool Orchestras Of New York Presents Its Gala Celebration: A... 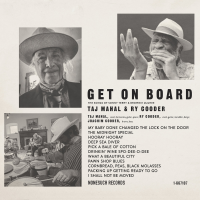 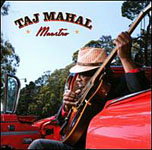 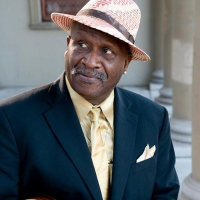 All About Jazz musician pages are maintained by musicians, publicists and trusted members like you. Interested? Tell us why you would like to improve the Taj Mahal musician page.