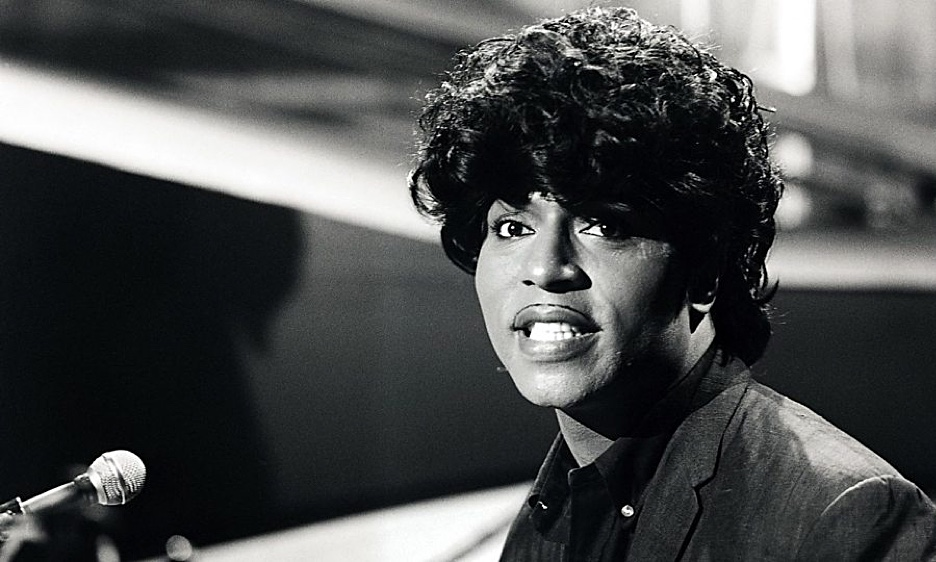 Remember this Little Richard from 1966 and no one will be laughing at him... ever again.
&#151C. Michael Bailey

It has been often said that popular culture is like a McDonald's cheeseburger: something better consumed than considered. It is a dilemma then, when a pop culture event stirs the roiling cauldron of the 21st Century. It is even greater and more significant when that event signals the end of an era. In his tribute to Johnny Cash on the artist's death in 2003, commentator and VH1 Executive Director Bill Flanagan opined on the CBS program Sunday Morning:

It's becoming more apparent with every year that goes by that the period from the mid-'50s to the mid-'70s was a golden age for popular music. To have lived in the era where Cash and Presley and the Beatles and Stones and Aretha and Dylan and Miles Davis were around is like to have lived in Paris during the time of the impressionists.

That era is moving away...We can assume that these musicians who loom large in our culture will always be around. They won't. We should appreciate them while we have them because someday we'll turn around and they'll be gone.

That slow turning brings us to the temporal and spiritual passing of one Richard Wayne Penniman, born in Macon, Georgia, on December 5, 1932, to Leva Mae (née Stewart) and Charles "Bud" Penniman. Penniman's father was an inspirational man of many capabilities, functioning simultaneously as a church deacon and a brick mason, a distributor of bootlegged moonshine, and as the owner of a nightclub called the Tip In Inn. A true Voltairian of the American South. Penniman's mother, a central figure in his life, was a prominent member of Macon's New Hope Baptist Church. She originally named her third of 12 children "Ricardo," although a clerical error in vital records resulted in his being named Richard. Little Richard.

Rather than arguing about who made the first rock and roll record (Jackie Brenston and his Delta Cats "Rocket 88" (Chess, 1951)) or who invented the music (too many to count), it is much easier to consider what patristic fathers of the genre remain. Critic Ed Ward began his two-volume set The History of Rock and Roll (Flat Iron Books, 2016) with Mamie Smith and her Jazz Hound's 1920 recording "Crazy Blues" (Okeh Records, 4169-a Red Label), ending his summary, as only it could be, with August 16, 1977). This gives us a nice starting point for the last 20 years.

Let's consider those important figures remaining after the death of Ike Turner in 2007. Turner was the leader on Brenston's "Rocket 88" date. After Turner's death, there were exactly four rock patrician's remaining: Chuck Berry, Antoine "Fats" Domino, Little Richard, and Jerry Lee Lewis. We music listeners, hard-core and pedestrian, were content to take for granted that these silvery spirits would be among us forever. It is the Baby-Boomer fallacy that one can live forever by simply ignoring death. There was a security in knowing that we lived in the same world, at the same time, as these men. Knowing that provided a certain cultural comfort. We had a good ten years believing that. Our armor developed a chink on Saturday, March 18, 2017, when, at 90-years old, Chuck Berry passed away. That armor was mortally insulted only months later when Fats Domino, survivor of Hurricane Katrina, passed away October 24, the same year.

That left two and three generations of listeners holding their collective breath for the inevitable, which came Saturday, May 9, 2020 with the announcement of Little Richard's passing made by his son and brother, who were with Richard while he passed at 87-years old. "Passing" is so superior to "death" as a discription of the singer quietly slipping away from us. Richard lived loudly up to his hushed final decade when he sought a certain quietude, rarely appearing in public, occasionally talking on the phone with his friend, Jerry Lee Lewis, his only possible peer. His passage into this period was steady, long and predictable. Then, all of the sudden, we let Little Richard get away. He is gone.

Rock music never produced another character like Little Richard, before or since. He was a pretty, flamboyant, gay, black man in the Jim Crow 1940s, '50s, and 60s, whose larger-than-life personality, talent, and presence could not be quelled, surrendering a story rich in both myth and truth. Richard lived by the admonition, "let your freak flag fly." What he meant to American, and, indeed, world music is never properly considered. To a majority of listeners born since 1970, Richard was an oddity, a curious spectacle and object of humor not to be taken seriously. That is unfortunate, because when he released his string of genre-changing hits for Specialty Records during the length of the 1950s, he changed everything, the music, the fashion, the vibe, all of performance as art.

What most listeners know of Richard is what they saw of him on television, which, by any measure was tame. The video attached to this remembrance was filmed at the L'Olympia in Paris, November 1966 for French Television. This is a 34-year old Richard at the height of his performing powers. This performance shows a much different Richard—feral, hungry, and nearly swinging out-of-control. Virile, loud, dangerous, sexy, all on display in achingly great abundance, this is who Little Richard was. The video is 27 minutes and 17 seconds of throbbing, twelve-bar bone-crushing, piano splintering, apocalyptic music only equaled by the crime scene left by Jerry Lee Lewis on Hamburg's Star Club stage just two years earlier. The Godfather of Soul, James Brown, said of live performance, "Kill 'em, and leave!" Little Richard always did so. Remember this Little Richard from 1966 and no one will be laughing at him...ever again.