One of the original rock & roll greats, Little Richard merged the fire of gospel with New Orleans R&B, pounding the piano and wailing with gleeful abandon. While numerous other R&B greats of the early '50s had been moving in a similar direction, none of them matched the sheer electricity of Richard's vocals. With his bullet-speed deliveries, ecstatic trills, and the overjoyed force of personality in his singing, he was crucial in upping the voltage from high-powered R&B into the similar, yet different, guise of rock & roll. Although he was only a hitmaker for a couple of years or so, his influence upon both the soul and British Invasion stars of the 1960s was vast, and his early hits remain core classics of the rock repertoire. Heavily steeped in gospel music while growing up in Georgia, when Little Richard began recording in the early '50s he played unexceptional jump blues/R&B that owed a lot to his early inspirations Billy Wright and Roy Brown

In the many retrospectives on rock musician Little Richard since his death on 9 May 2020, some major narratives have emerged: he has been alternatingly cast as a queer forefather in the tradition of Oscar Wilde; a transgressive figure who broke racial, gender, and/or sexual boundaries; and a music pioneer largely defined by his influence on ...

It has been often said that popular culture is like a McDonald's cheeseburger: something better consumed than considered. It is a dilemma then, when a pop culture event stirs the roiling cauldron of the 21st Century. It is even greater and more significant when that event signals the end of an era. In his tribute to ... 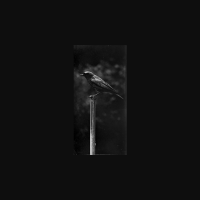 Writers have been creating worlds for centuries. J.R.R. Tolkien, Stephen King, H.P Lovecraft, they all shaped worlds and mythologies and civilisations out of words. Few musicians, however, have created new worlds out of their music. Kraftwerk's albums and aesthetics form a unique world of Pop Art, industrialism, rhythms and electricity. But it's a world rooted in ...

The Music & Legacy of Jimi Hendrix: Experience Hendrix NYCB Theatre at Westbury Westbury, NY March 28, 2019 Many describe Jimi Hendrix as the “GOAT" of the electric guitar--the greatest of all-time; the greatest and most influential guitarist who ever lived. James Marshall “Jimi" Hendrix was born Johnny ...