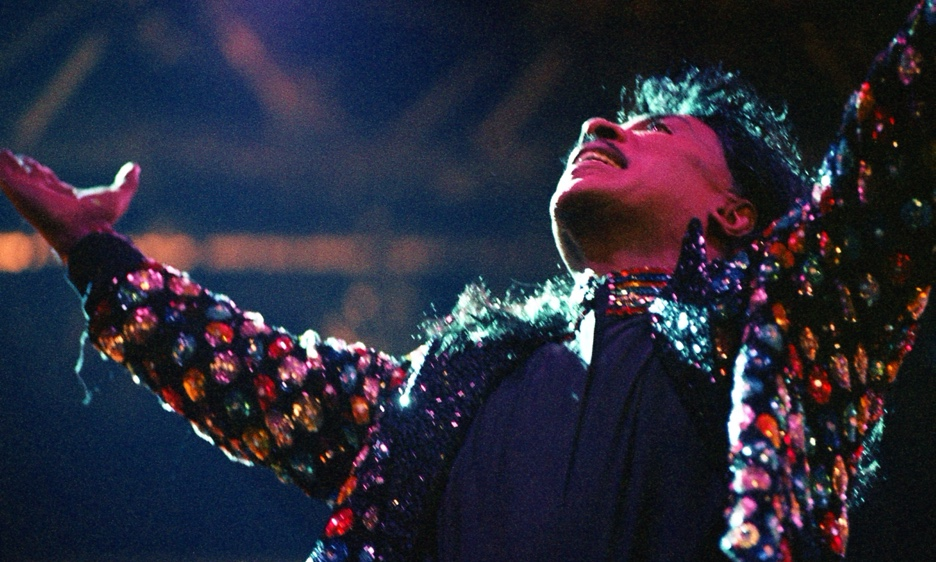 By Jacob Bloomfield
June 13, 2020
Sign in to view read count

I propose a path towards acknowledging and reconciling the complexity of Richard's legacy as a trailblazing source of inspiration to present-day observers and as a figure who satiated reactionary cultural values of the past.

In the many retrospectives on rock musician Little Richard since his death on 9 May 2020, some major narratives have emerged: he has been alternatingly cast as a queer forefather in the tradition of Oscar Wilde; a transgressive figure who broke racial, gender, and/or sexual boundaries; and a music pioneer largely defined by his influence on subsequent artists such as The Beatles. But in exalting the singer as a boundary breaker, observers have overlooked retrograde elements of Richard's legacy: his consciously evocated tropes of minstrelsy, what literary critic W. T. Lhamon, Jr. (1985: 9) terms "Sambo foolery," as well as his use of sexual and gender ambiguity to temper the sexual threat of black masculinity as perceived by white audiences. In this article, I propose a path towards acknowledging and reconciling the complexity of Richard's legacy as a trailblazing source of inspiration to present-day observers and as a figure who satiated reactionary cultural values of the past.

Whereas most commentators have praised Richard as a progressive cultural force, cultural scholars Bruce Tucker and Lhamon, Jr. see a more sinister side to the singer's music and persona. Tucker (1989: 285) criticizes Richard, who performed in minstrel troupes early in his career, for repackaging tropes from minstrelsy for white audiences after his career took off with the 1955 release of "Tutti Frutti" (Specialty 1955). This renders Richard "as problematical as Elvis Presley," Tucker asserts. Lhamon, Jr. (1985: 10) accuses Richard of "rightly suspect[ing] the treachery at the center of the minstrel-Sambo joking," but strategically exploiting it anyway in order to gain access to the white mainstream. "It seemed harmless," Lhamon, Jr. states, "but it was not."

Furthermore, it is arguable that Richard's queer sexuality and gender presentation, vaunted in the present as an inspiring signifier of cultural subversion, actually served to placate racist attitudes towards black male sexuality. Richard himself, on numerous occasions, insisted that his effeminate gender presentation allowed him access to majority-white venues without being viewed as a sexual menace. "What it was is to be black, and to work for white girls, I had to look that way. If I didn't wear makeup and look feminine I couldn't work the white clubs, they wouldn't let me be with the white girls," the musician recalled in a typical statement, "So the more feminine I looked, they didn't mind me being with the white women. They'd say, 'Oh, Richard, ain't nothin' to 'im! Ain't a thang to him!' And when James Brown come, they'd say, 'You better watch that boy!'" (Little Richard, 1997).

It is difficult to quantify with precision the extent to which Richard's act constituted "Sambo foolery." As historian Joseph Boskin (1986) observes in his book Sambo: The Rise & Demise of An American Jester, the Sambo was a strikingly versatile cultural form. Before the Sambo became a mainstay of popular minstrel performances in the nineteenth century, he was already a ubiquitous folk figure, appearing in stories, songs, consumer goods, and other areas of public and domestic life from at least the seventeenth century. Throughout the span of his popularity to his decline in the 1950s and 1960s, the Sambo permeated every cultural medium and was rendered in innumerable ways. This longevity and mutability make the exact meaning of "minstrel-Sambo joking" hard to define.

We can, however, see semblances of Richard in Boskin's taxonomic description of the Sambo. Marked by "tricky body movements, quick repartee, and an ingratiating grin," the Sambo tended to be clothed in "the foppish dress of an urbanite" when not depicted as a slave or sharecropper (Boskin 1986: 9). This description brings to mind Richard's physical dynamism onstage (e.g. his tendency to place a leg atop his piano), his playful stage banter (e.g. "This is Little Richard, King of the Blues ... and the Queen, too!"), as well as his dandified aesthetic (e.g. Pancake 31 makeup, iridescent suits, and tall pompadour). The superficially nonsensical lyrics of songs like "Tutti Frutti" recall the Sambo's cartoonish rendering of black speech patterns as heard by whites (Boskin 1986: 56-7); Lhamon, Jr. (1985: 14) argues that Richard's "Sambo strategy made him the very figure of nonsense—to this day critics usually discuss his lyrics as baby talk meaningless." The singer's unconventional gender presentation was not the only way in which Richard could broadcast sexual difference to his audience. Historian Peter Stanfield (1997: 438) notes that minstrelsy and African-American popular song were often used in contemporary cinema as a simplistic aural and visual signifier of "vulgarity and illicit desires."

Are these links between Richard's act and the Sambo coincidences, or otherwise an unfair denunciation of the singer's character traits? In isolation they could be. But when performed before mostly white crowds in 1950s America, I would argue that, contextually, Richard's music and persona assumed an aura of blackface minstrelsy. The racialized Other in this environment would have been understood by white audiences through the lens of minstrelsy. Boskin (1986) and Stanfield (1997) observe that, although formal blackface minstrelsy was in decline by the mid-twentieth century, minstrel-inspired media such as TV's The Amos 'n' Andy Show (originally aired 1951-53, syndicated 1954-66, and starring a black cast unlike the original radio show) was still widely popular, minstrelsy was not an uncommon presence in Hollywood films into the 1930s and 1940s, and vaudevillian minstrelsy was still fresh in living memory. Countries Richard toured outside of the U.S., such as Britain, also had a then-recent cultural tradition of blackface minstrelsy (see Pickering 2008). It is fair to conclude that Richard's white audiences would have been particularly attuned to the Sambo evocations detailed above.

Does this retrograde aspect of Richard's act reduce the rocker's status as a cultural trailblazer? I argue that we might understand Richard's evocation of the Sambo tradition as a demonstration of the pervasiveness and persistence of minstrelsy in Western popular culture rather than a moralistic indictment of the singer on an individual level. An instructive historical precedent is the career of Bahamian-American blackface minstrel Bert Williams. Like Richard, Williams was a pioneering "crossover" star. His accomplishments included a 1910 partnership with the Ziegfeld Follies, where he became the first black performer to star alongside whites in a major Broadway show. Though Williams' blackface act was derided by critics in the black community during and after his lifetime, cultural scholar Louis Chude-Sokei (2006: 5) contends that the entertainer subverted a racist cultural landscape from within by "appropriate[ing] from whites the very right to perform and symbolically possess 'the Negro.'"

Williams and Richard conformed to performative renderings of black men that were familiar and accessible to whites. Arguably, they would not have achieved high levels of crossover success had they not done so. Once they gained access to white spaces they could subvert them from within. Tucker (1989: 286) observes that Richard's sexual ambiguity and evocation of minstrelsy may have placated otherwise-wary adults. The visceral excitement of his act, however, for white teens whose notions of race, gender, and sexuality were still malleable, "present[ed] the possibility that these boundaries are not inviolable." As troubling as aspects of Little Richard's career and the cultural landscape it inhabited are, we can continue to draw inspiration, and pleasure, from the performer's important contributions to our culture.