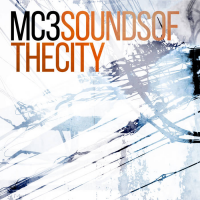 MC3 is the abbreviated name of the Matt Clark Trio, the current line-up of which is Clark on guitar, Charlotte Keeffe on trumpet or flugelhorn and James Edmunds on drums. A 2021 incarnation comprised Clark on guitar plus Julian Nicholas on saxophone and Darren Beckett on drums, while a self-produced 2020 MC3 album, North Of No South only credited Clark as he created it all in his home studio during lockdown. Prior to the current trio, its three members were in a quartet, MC4, with bassist Ozzy Moysey while Clark and Edmunds have also been in a duo, MC2. (One hopes Clark never applies his naming methodology to a quintet, as it might attract attention from a certain Mr W. Kramer of MC5 fame).

In light of the experimentation into which Clark has invested time in recent years, it is tempting to think that the current line-up is one he would have settled for a few years ago. The main factor influencing that assertion is the inclusion of Keeffe's trumpet and the effect it has on her bandmates. Straight from the opening notes of the first track, the aptly named "Existentialism for Trumpet," Keeffe fires off a solo which comprises the entirety of the track's two-and-a-quarter minutes, with Clark and Edmunds as her supporting cast; the three are distinctly different in their styles of play but they interweave and engage in dialogues which make them sound like long-time associates who are comfortable together. That is particularly true on the album's three improvised tracks titled as conversations, in which their playing wanders far and wide, always being driven by the three players' reactions to one another; in these, and elsewhere, none of the three hogs the limelight but all of them can be heard clearly throughout, fitting together like the pieces of a jigsaw.

The album's longest track, at eight-and-a-half minutes, is "Autobiography of a Poet" (see the YouTube link below for footage of the three playing it live). It again features sensitive group playing from all three players and reinforces the fact that this trio has its own unique sound which is highly recognisable. This album eloquently demonstrates that this incarnation of MC3 is the best to date and a sure-fire winner. Roll on its next album...