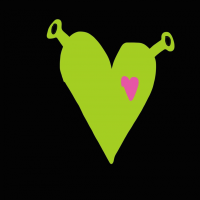 It's hard to know where to begin with Shrek Is Love. Their sense of humor and dedication to the Shrek theme could be a completely separate topic of discussion, leaving aside the music. Though this review intends to focus on the compositions and playing, their unique backstory warrants at least a mention.

According to the band, they decided to book a show after "playing the Remix to 'Ignition' by R. Kelly at the Thelonious Monk Institute Room at UCLA" in 2015. "At the time of the booking they had not written any music; however, their love of Shrek spawned a legendary 2-hour, through composed tribute to the best animated movie of all time. Thus, Shrek is Love was born."

However it happened, anyone who listens to them play are glad it did. With Michael Mayo on vocals, Jacob Mann on keys, Nick Campbell on bass and Christian Euman on drums, Shrek Is Love is comprised of LA and NYC musicians playing music with a tight pocket and rich harmonies a la Moonchild and Vulfpeck.

Their debut EP, Shrek Is Love, Vol.1—This Is My Swamp, is an enticing introduction to a band that's sure to become a favorite of fans of Snarky Puppy, KNOWER and the previously mentioned Moonchild. The three song sojourn into their swamp introduces the listener to Mayo's sometimes shockingly good pitch and musicality (he's actually that good live, too), the rhythm section's prowess as a unit and as soloists and, of course, their Shrek inspired lyrics and stories.

Lord Farquaad, This Is My Swamp, Fiona

About Shrek Is Love