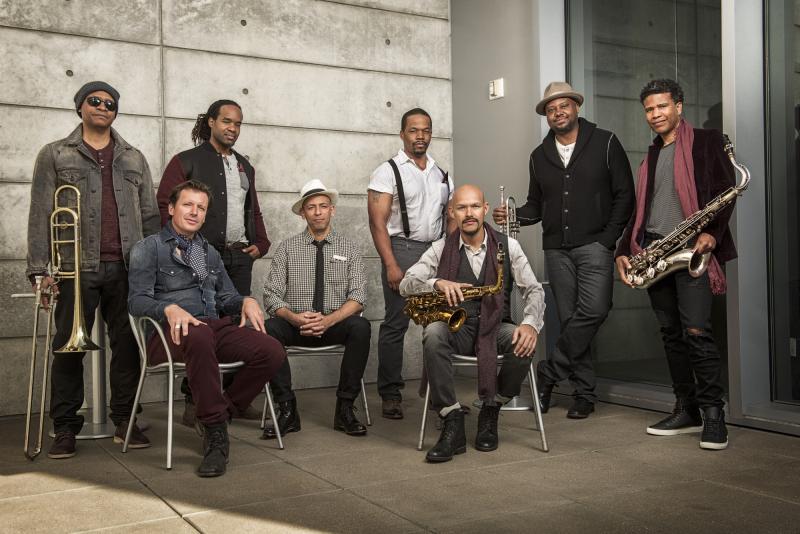 What would Miles think?

It was hard not to wonder as the SFJAZZ Collective, the San Francisco jazz presenter's long-running large ensemble project, kicked off it's 12th season with a program dominated by sometimes dramatically re-imagined versions of Miles Davis tunes.

The basic playbook for the Collective has been the same since the beginning: Assemble some of the finest players in contemporary jazz, and give them a couple of weeks to rehearse and write. Each player comes up with an original tune and a new arrangement of a song by the season's chosen composer. (Previous honorees have ranged from Stevie Wonder to Joe Henderson.)

Then the show hits the road to perform the new work in a collaborative style that lives up to the name —this is a true collective, where leadership is communal and the spotlight is freely shared.

This year's version of the group—Miguel Zenon on alto saxophone, David Sanchez on tenor saxophone, Robin Eubanks on trombone, Warren Wolf on vibraphone, Sean Jones on trumpet, Edward Simon on piano, Matt Penman on bass and Obed Calvaire on drums—obviously had deep respect for Miles' work. Yet it still felt gloriously free to take creative liberties. In fact, that was almost a requirement given the context. An eight-piece outfit with trombone and vibraphone just doesn't sound like any context Miles regularly worked with, so there's no point in slavish loyalty to the originals.

That was most obvious on a speeded reading of "So What" that replaced the languid cool usually associated with the tune with a swinging jolt of energy.

"Bitches Brew" came out sounding more familiar, starting with a brilliantly controlled solo by Jones that perfectly captured the sense of spacious sense of mystery embedded in the tune. Jones also hit the spot on "Tutu," beautifully exploring the fragile undertones of the Harmon mute. While it was refreshing to hear new perspectives on familiar Miles tunes, the evening's biggest fireworks came during the original compositions, starting with opener "Feel the Groove," by Simon. Light on structure but long on groove, the piece combined African and tropical influences with electric-era Miles to create milk a gargantuan riff that Zenon deftly teased into a melody.

Sanchez himself offered "Canto," a dreamlike evocation of past pleasures, but it was who practically brought the house down with a heroic solo turn on his original "In the Heat of the Night."