By C. Michael Bailey
May 9, 2018
Sign in to view read count
An embarrassment of riches... 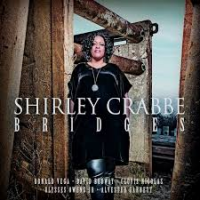 Vocalist Shirley Crabbe's 2011 debut recording, Home (Self Produced), was very well received, with critic Edward Blanco noting that the singer has, ..."a warm approach to the music, her smooth vocals seem a perfect fit for voicing soft ballads." While true, Crabbe is equally capable of belting out up-tempo numbers in her near perfectly-balanced voice that once was thought lost. In 2006 Crabbe suffered vocal cord injury requiring some state-of-the-art laser treatment and for a time, did not know if she would ever be able to sing again. Five years later Home appeared and so did a promising artist. Her follow-up to Home, Bridges demonstrates that Crabbe's lengthy incubation period was well used in preparation. A nice touch Crabbe adds instrumentally is the string quartet appearing on the opening "Isn't This a Lovely Day" and "Thief in the Night." Its presence affords the pieces a nice sepia tone with just enough nostalgia to make it beautiful and not trite. While sticking pretty close to ballads, Crabbe beautifully transforms the spiritual "Blessed Assurance" into a light samba without sacrificing any of the churchy gospel flavor. Crabbe's voice is simply perfect: well balanced and employed here. Let's look forward to much more. 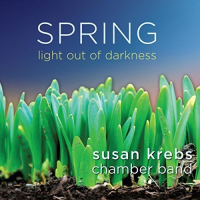 Susan Krebs' two previous recordings, Simple Gifts (GreenGig Music, 2015) and Everything Must Change (GreenGig Music, 2012) are the journey bringing us to the present Spring: Light out of Darkness. Krebs is already well known for a bold soul and fearless creative muse, two characteristics she draws upon deeply as she recasts the songs of spring, emphasizing the season's reputation for renewal and regeneration. "Oh, What a Beautiful Morning" splendidly kicks off this thematic album in a most organic way. This old show tune sets the tone of the remainder of the recording, each piece focusing on the season. "Some Other Time" ruminates on change while, "Spring" is drawn from Vivaldi's Four Seasons and delivered in a very original fashion. "You Must Believe in Spring" begins darkly, deepened by Rob Lockart's bass clarinet. Krebs sings conversationally, building a sound cathedral that throws shade on the country shanty of Ray Charles' "Light Out of Darkness." Splendid, as is the treatment of Stravinsky's Rite. First rate music making, this. 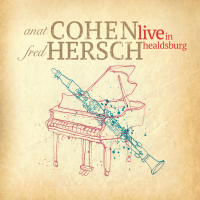 Pianist Fred Hersch and clarinetist Anat Cohen achieve a certain perfect introspective synergy on Live in Healdsburg, a duet recital recorded at the Raven Performing Arts Theater, during the 2016 Healdsburg Jazz Festival, June 11. The two invent a compelling counterpoint method where they bounce notes off of one another like a sonic physics particle experiment. The aptly named opener, "A Lark" illustrates this in the coda, where the counterpoint becomes opaquely impressionistic. This stark impressionism is tempered with sumptuous melody in "Child's Song," where Hersch's explorations almost promise to capsize the performance before returning to the playful melody. The pair curtsy around the Ellington songbook with crafted nods to a well-integrated "Isfahan" and darkly rich and opulent "Mood Indigo." Hersch and Cohen rub two disparately stylistic sticks together pitting and angular performance of Lee Konitz's "Lee's Dream" against and equally abstract Fats Waller's "Jitterbug Waltz." This is a duet performance every bit as pertinent and enjoyable as those between the aforementioned Konitz and pianist Martial Solal on Star Eyes 1983 (Hatology, 2009). Very, very nice. 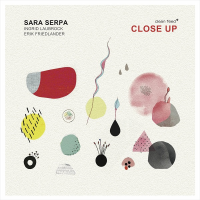 Sara Serpa
Close Up
Self Produced
2018

Norma Winstone is not the only artist considered here that uses and imaginative trio to convey her music. Portuguese singer Sara Serpa whose previous recordings include: Mobile (Inner Circle, 2012), Aurora (Clean Feed, 2012), and All the Dreams (Sunnyside, 2016), shows great daring on the present Close Up, where she delivers much of her craft wordlessly against the grain of the unusual support from cellist Erik Friedlander and saxophonist Ingrid Laubrock. As with the Winstone offering, Close Up pioneering instrumentation makes for very cinematic ear images. The over-all effect is a very well-behaved avant-gard performance by Serpa and company that makes for a provocative and compelling listening experience. 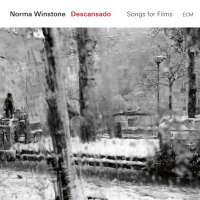 Musical projects with a carefully considered conceptual architecture are superior to those lacking the same, no matter how good the singer or performance is. An intelligently chosen theme can provide a creative integrity to a collection of music that enhances the listening experience at levels above the temporal. But this is not the only creative element upon which vocalist Norma Winstone hangs her hat on Descansado: Songs for Films. Winstone is no stranger to the electrons of All About Jazz. Her previous ECM recordings, Dance Without Answer (2013); Stories Yet to Tell (2010); and Distances (2008). Her reputation is well established. Add to the exquisite theme of film music is Winstone's long-lived trio with pianist Glauco Venier and reeds player Klaus Gesing augmented here with percussionist Bebe/Buchanan/Tagel Featuring Helge Andreas Norbakken & Julian Argüelles and cellist Mario Brunello, all of whom add that ethereal film dimension to the global sonics of the collection. Winstone has no peer among straight melody singers and her trio has no peer in establishing the environment for these songs to be presented. 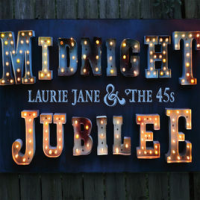 Can you pick out the recording that does not go with the rest? It is always good to throw a blues ringer into an otherwise well-behaved jazz set. So it is here with Laurie Jane & the 45s' Midnight Jubilee. Kentucky products Cort and Laurie Jane Duggins make up a full half of the 45s, a band rounded bout with bassist Jason Embry and drummer Scott Dugdale. The quartet makes a brand of meat-and-potatoes Americana that is closely grounded in their regional vernacular of country, blue grass, blues, and rockabilly. As a singer, Laurie Jane is soulful, a deep loam of feeling and vocal finesse. She tenders a variety of identities from the nascent Creole two-step of "Wait so Long" to the NOLA country soul of "Fine by Me" to the slow blues of "It's Been a Long Time." The other half of the equation, guitarist Cort presents a compelling musical bag of tricks. Not the most technically proficient of guitarists, Cort Duggins uses his still considerable guitar arsenal to a most efficient advantage. He is a serviceable slide guitarist as can be heard on "Couldn't Cry Alone" and a riff-oriented string monster on the off-beat "Down this Road." This is honest, well-imagined music that refuses to be just the latest regurgitation of those same old 12-bars. This music has depth and breadth with the heart of a good time beating in its chest. 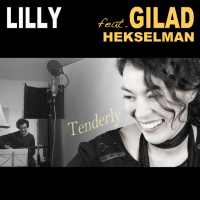 Ella Fitzgerald and Joe Pass set the bar high for guitar-vocal duos. Danish singer LILLY (-Anne Hertman) and guitarist Gilad Hekselman touch that bar with Tenderly. The fourth release by Lilly, this is her first devoted to all covers (or, in the vernacular, jazz standards). The pair reveal an immediate potent and intimate rapport, one that allows for a broad latitude of interpretation of their chosen material in such a way not to obscure the original melody, instead enhancing it in a very modern way. Imagine what the cabaret music of Weimar Berlin would sound like after a natural evolution from one calm period between two storms to a second. Lilly sings with ever so slightly an accent which supercharges her performances increasing it sexual appeal and allure. Hekselman's exacting playing enhances this. On Nick Drake's dark "Voice from the Mountain" Heckselman summons primal tones from his guitar, like that of a garage rock trooper making his way. The pair build dramatic momentum gradually, then allowing it to ebb. The one foreign language piece on the disc, "Hvem Kan Sejle" is paired with the Mancini/Mercer "Whistling Away the Dark" bolstering the Weimar comparison, the music and singing being decadently rich, like dark chocolate. This disc has much to endorse it. More standards from Lilly are in order.