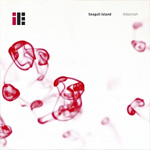 While catching some of Norway's biggest stars was one of the attractions of JazzNorway in a Nutshell 2008, so too was the discovery of young talent, in some cases not yet recorded. Albatrosh—the duo of tenor saxophonist André Roligheten and pianist Eyolf Dale—delivered an unexpectedly experimental and engaging performance at a brief overnight stop in Rosendal, all the more surprising given the pair's youthful age (both were under 20). Proof that commitment to cultural education and arts funding works, Albatrosh's approach to composition and collective improvisation was so mature and well-conceived that it would be a challenge to find such mature young talent in North America, where support for the arts seems to dwindle with each passing year. Seagull Island is the duo's recorded debut, made a few short months after Rosendal, and it's as fine document of Roligheten and Dale's evolution to date as would be expected after hearing the two in performance.

That the two possess formidable technique is a given. Dale is largely impressionistic, painting his soundscapes in broad swatches of soft colors and elegant voicings, demonstrating poignant majesty on the aptly titled "Requiem," although he's capable of greater power when necessary. Roligheten's penchant for the lyrical is offset with extended techniques that reference fellow Norwegian Hakon Kornstad, opening "Requiem" with a solo spot that combines circular breathing and impressively multi-layered harmonics, before turning thematic alongside Dale's entry. Roligheten's visceral screams, harsh rasps, and percussive tongue pops punctuate the music when it moves into more energetic territory, as it does on "Pölva," which rallies around a brief, knotty theme before heading into free territory that remains as focused as it is purposeful.

Writing duties are split relatively equally between individual compositions from the two, along with two collaborations—"Pölva" and the rhythmically propulsive "Valium," where Dale's relentless left-hand bass line underscores a melody that's again on the idiosyncratic side. The manner in which Roligheten and Dale seem to veer off into free territory and then coalesce again reflects both the amount of time the two have spent working together, despite their young ages, and a keen sense of timing, lending "Valium" a wry, Monk-like sense of humor.

Albatrosh clearly understands the jazz tradition but, like many Norwegians, largely avoids direct reference, working its spirit rather than its letter. Harmonically no less sophisticated, but possessing an unmistakable classicism that creates its own language, Roligheten and Dale take saxophonist's "Gambler"—perhaps the most distinctly jazz-like head of the set—into an altogether different space that possesses a subtle regality, with Dale's nuanced touch as defining to the duo's sound as Roligheten's more adventurous sonics.

Despite the generally subdued ambience, there's no shortage of dynamics to be found on Seagull Island. But couched in understatement, Roligheten and Dale manage to say much without ever resorting to excess. A fine debut from a duo with a bright future, Seagull Island doesn't just suggest great promise; it delivers on it as well.