By Souvik Dutta
December 14, 2003
Sign in to view read count

He was an overflowing jug of music and knowledge, a distant front runner in the vocabulary of world music. 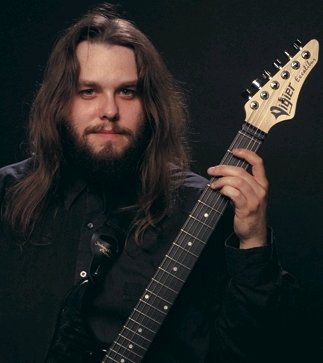 Shawn Lane was a dear friend of mine and though he wasn't a household name outside the world of fusion and prog-rock, the impact he had on guitarist around the world was profound.

His contribution to music can only be understood by listening to his collective works which crossed many genres. An endless learner, a passionate reader and a keen observer, he always appreciated the good in everything.

He was a musician first, then a guitarist... an incredible pianist and a heck of a drummer. His love for all forms of music was vivid in his works. During the last few years of his life, he immersed himself in listening to and fusing Indian classical music into his sound. His endless pursuit and quest of knowledge was amazing. Shawn Lane will always be remembered as long as his music exists in our world.

I had the privilege of knowing Shawn Lane personally for the past few years and, during that brief time, he changed my world of music. Less than a year ago I traveled with Shawn to India to fulfill one of his lifelong dreams. At the time, he was already performing with the best of Indian musicians in America and Europe, including Vikku Vinayakram, U.Srinivas, and V Selvaganesh to name a few. His knowledge of Indian culture, geography, and music was astounding. I always wondered how a person from Memphis, Tennessee could know so much about something so far away. Well, that was Shawn Lane.

During the first couple of days of his stay in Calcutta, he would often look out of the big windows of his hotel room and observe the graying buildings and structures nearby and gaze in wonder. "Man, that building is amazing, how the heck is that thing still standing up," he said one time pointing at the sorry state of the Chatterjee International building, busting out to a childish laughter and joy. By the third day we were there, he knew the names of every store in the area. He already knew every channel on the television and the names of every model on Fashion TV! He was amazing!

Right after the first performance at the Calcutta School of Music, he already had swarms of people following him. Jonas (Hellborg) and I would always laugh about it and wonder about his aura and magnetic personality. His performance at Some Place Else was more powerful than fireworks at any New Years event. There were crowds of people standing on the top of bars, with video cameras and recording equipment. I can honestly say today that all fire hazard rules were broken by large. After the first set was over, I felt that the show was over. It was too much energy to handle. The boys came back with an even more powerful set. The audience was dumbfounded—people were jumping in joy and ecstasy, others were crying, and some were standing in a daze like statues. They had never seen or heard anything like this before.

Our travels to northeast India were much more bizarre. There were hundreds of people waiting to receive him at the airport, making him feel like one of them. Shawn told me later that his experience at Shillong and Aizwal was one of the most surreal moments of his life. The devotion, love and dedication of people there really made him feel like an icon. "Man, this place barely exists on the map and there are all these wonderful people coming out of the woodworks with Powers of 10 albums and posters that I haven't even seen in America," Shawn said with a smiling, disbelieving face. "They know everything I have ever done, every tune I have ever played... it's just bizarre, simply inconceivable."

I was filled with so much joy that Shawn felt that he was at home in India. He was given an open invitation to return anytime; I only wished that he could get the same respect and recognition everywhere else. We drove around the last day in Calcutta without Jonas and Andrea. I could see in his eyes that he was absorbing everything around him. We talked about Srinivas, Ali Akbar Khan, Shankar, Bach, Beethoven, Vikku, Ray, Gorecki, Holdsworth, Buckethead, Zappa, Jaco, Kaiser, McLaughlin, Zakir, Salamat, Nusrat, Bhimsen Joshi, Manhar Bharve, Subbalakshmi...the list goes on. He told me that he could not wait to come back and travel south to visit his friend Srinivas and Selva who had invited him to stay there for a while. But I knew that his grandmother was on his mind and that he had to return to Memphis. He thanked me endlessly for helping make his trip possible. Deep in my mind, I was much more thankful to him for the gift that he gave to all the people that witnessed the musical brilliance, the sheer humility and the wealth of knowledge he provided.

We intended to travel together again in January 2004. While that fate has been decided, I know that he will be with us in spirit. His blessing is with all of us that believed in him. I will miss him talking, thinking and playing. But today, I do understand the ideology behind Powers of Ten, the quest of my friend, Shawn Lane.

He was an overflowing jug of music and knowledge, a distant front runner in the vocabulary of world music. He has left so much for us to enjoy during our lifetime. It is up to us now, everywhere, to spread the music of Shawn Lane. He was one the greatest guitar players that ever lived and someone who advanced the instrument to the next level.

I and everyone else who cared about you will miss you dearly.

Souvik Dutta is the owner of the Abstract Logix record label and producer of the The New Universe Music Festival.