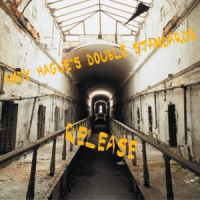 English musicians pay a price for living outside London—the country is too small to support more than one major metropolitan music hub, even in the digital age. The old adage out of sight, out of mind still applies. Trumpeter and record label director Matthew Halsall's Manchester-based Gondwana operation, and the vibrant spiritual jazz scene which is clustered around it, is the exception that proves the rule.

Fellow trumpeter Andy Hague lives in Bristol. It is in the West Country, where the much missed saxophonist Larry Stabbins retired in 2015 in search of a quiet life. As a consequence, Hague's profile is smaller than it deserves to be. Brought up in the London area, in the 1990s he studied psychology at Bristol University and ended up settling in the city. He leads several bands and also organizes the weekly Be-Bop Club, which is suspended during pandemic's duration.

The band does not attempt to move any goal posts, instead staying within a loosely defined hard-bop framework. But in that world, they unerringly find the net. Hague in particular is a memorable soloist, technically adept, melodic and muscular, and funky or pretty as required. Pianist Jonathan Taylor, double bassist Henrik Jensen and drummer Gwilym Jones are no slouches either. Another of Hague's bands is the Horace Silver tribute quintet Silverado, in which Hague shares the frontline with saxophonist Kevin Figes, who also moved from London to Bristol in the 1990s. That band has yet to record, but on the strength of Release, they should be worth listening to as well.

You Got To My Head; A Reckless Majority; In Love In Vain; Release; This Is The Moment; Blue Swinga; River Man; Easing Restrictions; Like Someone In Love; United; Angst; Damon Blues.