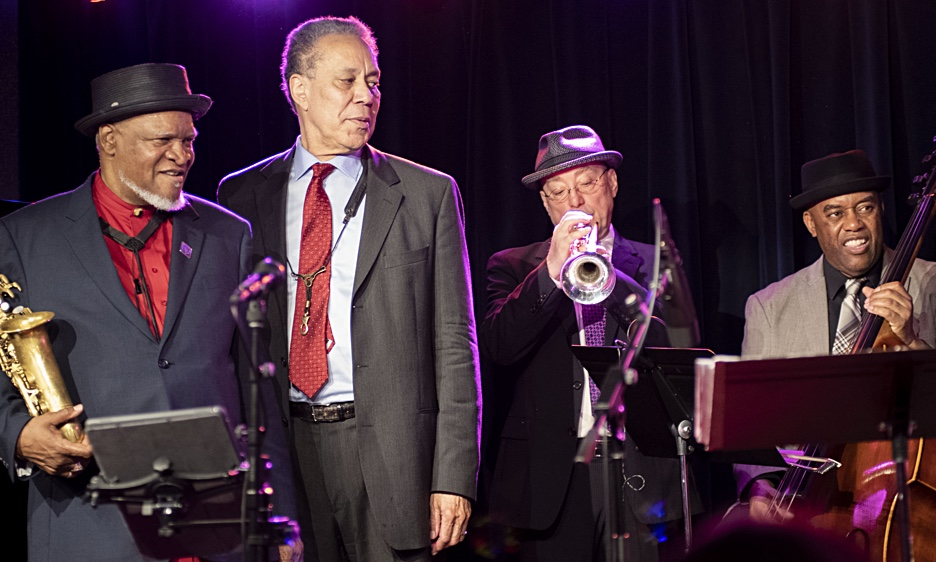 Driving distance from both Detroit and Lansing, Ann Arbor has always had a healthy music scene which is further bolstered by the presence of the University of Michigan. Live jazz was on the downtown menu for decades thanks to bassist Ron Brooks and his fabled Bird of Paradise club, which operated from 1985 to 2004. When that club closed, local singer Susan Chastain picked up the slack by occupying the original location of the Bird at South Ashley beginning in 2000. Unfortunately, an ill-fated move to Main Street in 2007 brought with it financial woes and the club's eventual downfall in 2009.

So aside from the rare jazz show at the iconic Ark, a Main Street venue known more for folk and blues gigs, there has been a ten year void in terms of a viable jazz club in Ann Arbor. The dry spell though has fortunately ended with the newly-opened Blue LLama Jazz Club, an upscale spot on Main that has been the talk of the town since their debut back in April.

The brainchild of owner Don Hicks, Blue Llama sports a contemporary atmosphere with superb sound and a trendy menu overseen by executive chef Louis Goral. In fact, the capital "L's" in the name stand for "love of food" and "love of music." With live jazz running Wednesday through Sunday evenings as curated by musical director Dave Sharp, a palpable new energy and respect for the music is being fostered in a prime downtown location.

Playing four sold out shows at the end of May, drummer Ralph Peterson and his Messenger Legacy were part of the first month's opening gambit that also included sets by Joey DeFrancesco and Nicholas Payton. Peterson aptly prepared the crowd of the late show Saturday evening when he suggested they "put their tray tables in the upright position; we'll do the smoking."

Boasting a crew of sidemen all of whom served their own tenures in Art Blakey's various ensembles, Peterson's frontline boasted trumpeter Brian Lynch, alto man Bobby Watson, and tenor saxophonist Billy Pierce. Rounded out by pianist Geoff Keezer and bassist Essiet Essiet, this band's intimate knowledge of the material was evident from the first note. The opening "Along Came Betty" was merely the calm before the storm as Wayne Shorter's "Children of the Night" opened the floodgates for an incendiary tribute.

One of Blakey's lesser-known trinkets, "Three Blind Mice" revealed Peterson's sagacious approach to the material. Much like the original version, Peterson's drums filled the spaces between the horn lines. Hinting at some signature Blakey licks, the overall feel was still very much Peterson's. Lynch's statements here and elsewhere were the epitome of hard bop, bristling with dramatic ideas and an ebullient sound. Both Pierce and Essiet managed to impress during their times in the spotlight, the dolling out of solos managed expertly by Peterson.

Pretty much stealing the show, Watson's profound statement on "In a Sentimental Mood" literally came from the heart, having just recently lost his mother. As has always been his calling card, Watson combined a buttery tone with a fluent command of his instrument which makes his work always beguiling. Not to be outdone, Keezer unleashed a spellbinding proclamation of his own, marked by some clever quotes from the classical repertoire.

Peterson recalled Blakey's familiar montuno beat with the bell of his ride cymbal and thundering toms, thus leading the band into Benny Golson's "Blues March." By song's end, it was obvious the crowd was not going to let Peterson and crew make this number their swansong. An up-tempo "In Case You Missed It" served as the closing flag waver, with Lynch and Watson clearly taking much joy in being part of an endeavor that is marking Blakey's 100th birthday with all due fanfare.