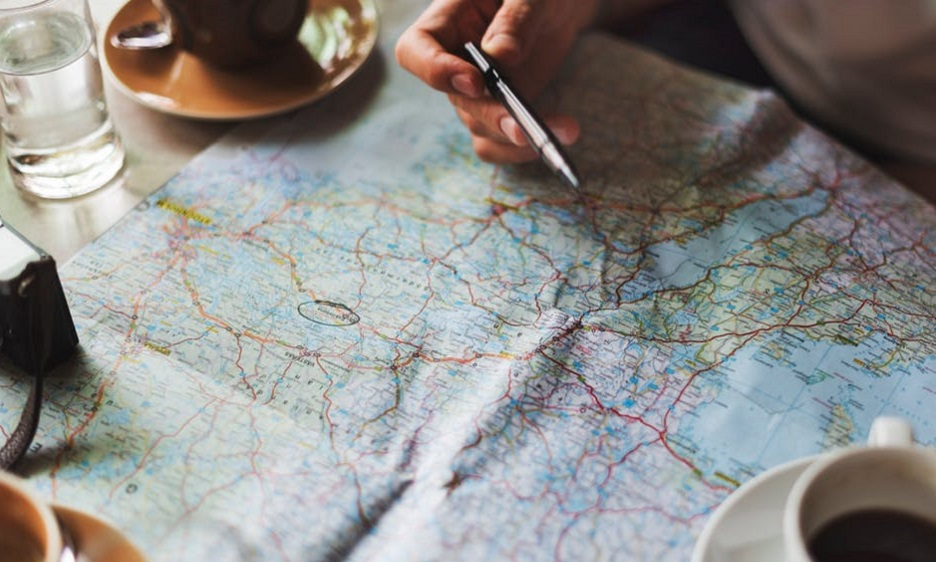 By B.D. Lenz
March 7, 2019
Sign in to view read count
Booking a tour for your band might be about the most ambitious (and insane) endeavor you will attempt as a musician. To do it requires that you apply many of the skills that I've covered throughout my columns, including booking, networking, PR and use of social media, as well as some I haven't, such as tour management, driving...and psychotherapy.

I've booked many tours for my band throughout the US, UK, and Europe, and if you're doing it all yourself, as I have, then there's a lot to know about the all pieces that make up this entire, complex puzzle. In fact, there are so many moving parts to this it will take multiple columns to talk about it all.

It's a ton of work but it can also be a ton of fun. I'll try and cover the basics, as I've learned (often the hard way) throughout my travels.

The first (and most difficult) step is, of course, just getting the gigs themselves. In fact, I never worry about any of the other logistics until I've booked the gigs. And, while getting gigs is undoubtedly the hardest part, booking them in a semi-logical route just adds to the complexity of it all. Very often, on my tours, we'll have to drive to a city a few hours away, only to return near where we just were a day or two later. This leads to the question I get asked over and over (and which really annoys me): "Why can't you book your gigs in a nice straight line?" It's such a frustrating and dismissive question, as if it's never occurred to me before and that I just love the hours and hours of "us" time my band gets in the car.

The reality is that different venues do music on different days of the week, and it's unlikely that they'll change just for you. Sometimes I need to drive a couple hours for a Monday night gig if the area I'm in doesn't have one. And, you never want to play geographically too close on consecutive nights, so as not to water down your audience. Your appearance in a particular town should be a special occasion, so people would opt not to miss out. While it's generally easier to book Friday and Saturdays, the challenge often becomes: how to book Mondays or Tuesdays? How badly are you willing to fill those nights? I've often had to consider whether taking a gig that doesn't pay well, or is just not enjoyable for other reasons, is really worth it.

When you're on the road, every day costs money and sometimes a gig that may only pay little—or only feeds you, or only puts you up—may be worth it. In the end, these decisions are up to you, but my general belief is that it's usually better to be playing, because who knows what might come from any gig? By being out there as much as you can, you're building an audience, networking with people, selling merch and laying groundwork for future tours. It sure beats sitting in a hotel room watching the The Bachelor. When you reach the point that you can be more selective on the road, then you can afford to turn more gigs down.

As I said earlier, booking gigs is the hardest part of this whole thing. How do you convince someone who may have never heard of you that an audience will want to come see you? Well hopefully, before you've even started this whole process, you've gotten your press kit in order (as per my previous column). You'll only get one shot—if they even pay attention to you at all—so your press kit needs to be easy to find, easy to navigate, and flattering without being untruthful or overly hyped. I have an Electronic Press Kit (EPK) page right off my website that I send to people. It has my bio, audio, video, press quotes and more, all in one spot (you can check out mine here). Make it as easy as you can for them.

My initial email (if I'm booking overseas it's too expensive to call) will briefly communicate a few important things to a potential venue: who I am, what date(s) I'm looking for, why an audience would want to see me, and how I'll promote the gig. I'll always include a link to my EPK as well as another version of it at the bottom of the email. Again, this is just an introduction and I don't want to take too much of someone's time. But, by doing this, I've also given that person ample opportunity to look at my work, should they be interested, because these people often get so many emails that it's really unlikely you'll hear back right away...if at all.

If they do get back to you, they'll often inquire as to your requirements with regards to pay and/or accommodations. You should have a firm idea of what you need to be feasibly taken care of. If you're new to an area, then you really can't be too demanding, and be sure to let them know that you're willing to negotiate. For instance, I may say, we want "x" amount of money plus dinner, but are willing to take less money if they have some way of providing us with lodging. Or that you'll play for free if they can feed you and put you up; things that are just as good as money when you're on the road. Because there are so many variables into coming up with a fair price, just keep in mind a minimum of what you'd need to cover all your bases.

If I don't hear back after sending my initial email, I'll usually send one follow up to remind them that I had contacted them and that I'd really love the opportunity to play their venue. If there's still no response? Then I just take it that they're not interested. In my opinion, some follow up is good; too much is being a pest.

When looking for venues, I often start with Google or word or mouth to find them. Naturally, I find the same jazz clubs that every other musician is trying to book. I'll do my best to book one of those but often don't have much luck if it's my first time in that city and nobody knows who I am. That's when I get creative and look for alternative venues. For example, I'm American. If I'm booking my band in Europe I'll look for an American restaurant that might be interested in having an American band. You'll find these venues are much more excited to have you anyways and it's a special event when you come.

Hopefully, this gives you a little more insight into the first part of the process. Don't be too discouraged by a lack of response, especially if it's your first time doing it. You'll get many, many, many "no" responses, but it only takes a few replies of "yes" to put something together, and then you'll be interested in my next column: logistics.