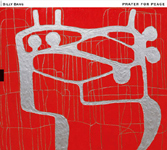 Protesting the inhumanity of war through creative endeavors takes on far greater significance when the artist in question has been personally involved. A veteran of the Vietnam War, violinist Billy Bang confronted his own personal demons on such albums as Vietnam: The Aftermath (Justin Time, 2001) and Vietnam: Reflections (Justin Time, 2004). Prayer for Peace is a thematic continuation of sorts, expanding beyond Bang's concerns about global conflict to address clashes of a more universal and personal nature.

The seven tunes that comprise this 2005 recording revel in a celebratory zeal rarely heard in political protest music. Bang's eclectic conception is one of exaltation, not excoriation; his quintet conveys its enthusiasm with a feverish vitality reminiscent of the violinist's seminal loft era days, delivering expressive testimonials with a sense of ardor undiminished by frustration or rage.

Performed by his longstanding quintet and the occasional appearance of guest percussionists Milton Cardona and Joe Gonzalez, the seven tunes featured on this date embrace a wide array of styles, encapsulating Bang's interest in multi-cultural diversity and jazz history, emboldened by expansive shifts in mood. An ebullient take on legendary swing violinist Stuff Smith's "Only Time Will Tell" opens the album, enlivened by Bang's lyrical arco and trumpeter James Zollar's earthy brass musings. The stellar rhythm section of pianist Andrew Bemkey, bassist Todd Nicholson and drummer Newman Taylor-Baker infuse the samba feel of "At Play in the Fields of the Lord" and the hypnotic funk of the Asian-influenced "Dance of the Manakin" with a graceful lilt. A stirring cover of the Buena Vista Social Club's "Chan Chan" digs even deeper into non-Western themes, offering a deft merger of smoldering Afro-Cuban rhythms and boisterous free expressionism, accented by Zollar's animated vocalisms.

Bang states in the liner notes, "We should search for true harmony and humbleness in our lives. We should listen to each other, and be good to each other." Nowhere is this more evident than in the congenial rapport Bang shares with his sidemen, whose unified sensibility is exemplified by egalitarian interplay and considered accompaniment. More than just a plea for compassion, Prayer for Peace is an eloquent demonstration of group collaboration and cooperation, supporting American protest singer Phil Ochs' famous contention that "In such ugly times, the only true protest is beauty."

Only Time Will Tell; At Play in the Fields of the Lord; Dance of the Manakin; Prayer for Peace; Chan Chan; Dark Silhouette; Jupiter's Future.