Bassist and composer Todd Nicholson has performed with Billy Bang, Peter Brotzmann, Roy Campbell, Eddie Gale, Frank Lowe, Tatsuya Nakatani, William Parker, Alan Silva, James Spaulding, and Steve Swell among others. He recently relocated to Tokyo, Japan and has become active in the jazz and improvised music scenes, establishing working relationships with koto player Michiyo Yagi and violinist Keisuke Ohta. He has appeared in a variety of settings throughout the U.S., Europe and Japan, including the Vision Festival (NYC), the Rochester Jazz Festival, the Other Minds Festival (San Francisco), Tampere Jazz Happening (Tampere, Finland), Sons d'Hiver (Paris), the Ottawa Jazz Festival and the Full Moon Festival (Mangetsu sai) in Miyajima, Japan (the island off the coast of Hiroshima)

Although Europe has a plethora of creative improvised music festivals throughout the year, drawing on a large audience base of appreciative fans, one festival in the USA stands out as the beacon of hope and encouragement for this music in its native land. Now in its 24th year, New York's Vision Festival, presented by Arts for ... 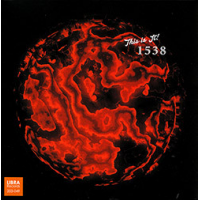 For 2018, the year of her 60th birthday, pianist and composer Satoko Fujii has set herself the task of releasing a CD every month in all sorts of configurations, from solo piano and duos to small groups and orchestras. Her trio, This is It!, is a new group derived from an earlier quartet that featured bassist ...

Pianist/composer Satoko Fujii's June 2018 edition of her CD-release-a-month celebration of her sixtieth birthday introduces a new trio, called This Is It!. The group's debut recording takes its name from the Celsius melting point of iron. The group is a variation on the Satoko Fujii New Trio, a piano trio that released the excellent Spring Storm ...

Pianist and composer Satoko Fujii, otherwise known by the cognoscenti as “the Ellington of free jazz" and “musical citizen of the world," has produced an enormous body of work as a leader, co-leader or sideman that now numbers around 80 CDs in many configurations ranging from solo to big band. After spending even a short time ...

Words like superb, outstanding or splendid are redundant when writing about pianist, accordionist and composer Satoko Fujii. With an average of five releases per year over the past decade, she is indeed one of the most prolific musicians. The abundance of her output though is never at the expense of its quality or originality. As the ...

If it were possible to give ten stars to Yamiyo Ni Karasu, it would deserve every single one for its power, inventiveness and the sheer ecstasy of creation in the moment. Pianist, composer, improviser and overall whirlwind Satoko Fujii returns to once again to lead a quartet, Tobira, which was built from New Trio ...

In many ways, Saturday is a miniature of the entire guiding outlook and purpose of this annual love labor from Arts For Art. All elements, discussion, youth support, poetry and a well sequenced array of distinct and personal performance statements are present and the stalwart Matthew Shipp Trio speaks to the element of continuity. A FUTURE ...