By Geno Thackara
September 20, 2018
Sign in to view read count 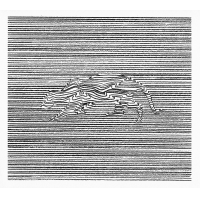 This Polish trio seems set to confuse from the start. If you're pinning your metaphysical hopes on a jungle cat, your spiritual leanings probably lean toward ideas of oneness and harmony more than salvation from evil. Vegetables aren't exactly things we think of in terms of lifespans. And aren't onions poisonous to most animals anyway?

Well, if the surface wackiness is appealing, the music offers more cheery offbeat humor to match. The piano-trio format is mostly acoustic here with a few smatterings of organ throughout—the comparison to The Bad Plus is obvious, though the influences of Brad Mehldau and Esbjorn Svensson are also joined by some mathematical prog and the experimental spirit of Krautrock. It's not uncommon for these pieces to jump from one motif to the next with the abrupt turns of meandering daydreams. Everything here is clearly painstakingly rehearsed, however, even as it's performed with freewheeling flair.

Ocelot of Salvation is often fiendishly difficult to bob heads (or sometimes even count) to, but skillfully dispatched with some amusingly head-spinning clashes of tone. The early "First Steps"/"Athenia" sequence has atonal crashes snapping straight into oddball synth- trance. "Torpor" perversely belies its title with both fast-cooking piano and unexpected brevity. The later stretch finds them enjoying a GoGo Penguin-like trance jam before stopping on a dime and and gradually breaking down into aimlessness musique concrete. When they coalesce again it's over a lightly shuffling breakbeat washed by contemplative piano waves, before they decide to summon Miles Davis with some jerky funk-fusion. Immortal Onion offers a surprise around every corner with this outing, a rollicking experience as fun as it is weird.

The title is something of a cliche, but the sentiment is always a worthy one—and in the hands of these three, timelessly genuine. The second session from Joachim Kuhn's New Trio further demonstrates just what an inspiring jolt the septuagenarian German pianist has gotten from his spry decades-younger bandmates, and how they've further gelled as a unit since making Beauty & Truth (ACT, 2017). Kühn shows his European classical roots and the avant-garde influence of past collaborator Ornette Coleman, though there's nothing difficult or unapproachable here in the least. Between the leader's appealing sense of harmony and the rhythm section's cantering catchiness, Love & Peace is never less than inviting.

These pieces are arranged with a concise focus on melody and mood; the three are more interested in collectively shaping each piece's dynamics than extensive explorations or solos. It's in the collective games of push and pull where their chemistry shines most. "Mustang" finds Kühn tripping in a playful mood all over the keys before the trio settles into a kind of springtime Americana. The travel theme of "Barcelona—Wien" makes for a particularly lovely jaunt as they breezily tick off the miles, while the closing tracks bring the album's peaceful energy up to a joyful romp. Even if there are too many Western ears who don't know Kühn's name yet, this disc is a splendid way for more to make the discovery. 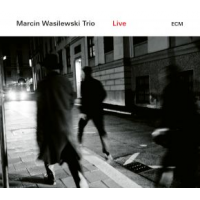 They were pretty mature for their ages even before joining the great Tomasz Stanko near the turn of the century, and it says a lot about this trio that such a gig should ultimately prove secondary to their career as their own unit. 2014's Spark of Life (ECM) provides most of the tracks on this set, which is both refreshing and vaguely disappointing: it's top-shelf material that gets a new angle here (having first been recorded in a quartet with saxophone), but one can't help wondering how the rest of their catalogue has also matured in the intervening years.

Still, there's no point dwelling on what isn't here, and Live makes a superb statement all on its own. The Police's "Message in a Bottle" keeps a couple bars from the well-known tune (and not much else) intact, making the loosest of starting points before they cast themselves off into their own sea of the unknown. Michal Miskiewicz's drums loosely roll behind the piano's melodic vamps; after a few probing minutes, it's Slawomir Kurkiewicz who takes the wheel with a winding bass showcase. Wasilewski's skewed backgrounds chords soon grow into sharp stabs that take his own dynamic solo into the lead. It's an exploratory tour-de-force that still leaves plenty of surprises to come.

With "Three Reflections" it's time for quiet contemplation at the keys, the gentle notes evoking the surface of a still lake before the bass adds some calming ripples. Somehow it ends up building to another clattering trio groove without any jarring shifts. "Night Train to You" belies the quiet mood of its title with some of the busiest bustling of the set, while a corking "Actual Proof" translates Herbie Hancock's funk piece to the all-acoustic format without losing the gut-level immediacy at its center. Such a strikingly adventurous statement suggests that, even with such an impressive catalogue under their belts, this trio still has only further heights ahead.