By Marc Medwin
October 7, 2007
Sign in to view read count
"Listen," Orrin Keepnews' no-nonsense delivery tempered by a smile. "I'm 84 years old. I'll take my legacies where I can get them," referring to the Keepnews Collection, a series launched this year by Concord Records.

An astonishing study in longevity and ingenuity, the multiple facets and accomplishments of Keepnews' career as label maverick, writer and producer need no rehearsal in these pages. His insight, wit and engagement with the music, its participants and history, so evident in his numerous writings, come through with even more clarity in the exhaustive and endlessly entertaining liner notes to these new Riverside and Milestone reissues.

"To me," Keepnews muses in a recent phone conversation, "the fascinating thing is that I'm not having trouble finding things that were previously unsaid." He then goes on, succinctly and perfectly, to sum up a major accomplishment of the Keepnews Collection: "You know, when you start out writing liners as a kid, its advertising copy; now, it's history!" 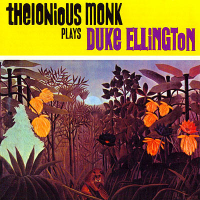 Keepnews is a historical preservationist on several levels; the liner notes to the Monk Plays Ellington and the Flora Purim Butterfly Dreams discs denote two chronologically disparate but equally important points of contact between himself and the reissue market he has done so much to foster. Thelonious Monk was one of Riverside's first wave of then-current artists, but the label had already been in existence for over two years, functioning as a reissue outlet for Paramount and Gennett discs. Keepnews had been working, since 1948, as a junior editor at Simon and Schuster, taking on the additional task of editing The Record Changer. That publication began Keepnews' seminal association with Monk, as has been well documented, but it also ran his "Victor Presses Bootlegs!" article in late 1951, which would hurl him headlong into the reissue racket. "It was just a case of the Victor people not realizing what they had," Keepnews laughs now. "Along comes a pirate label called Jolly Roger reissuing Louis Armstrong and Jelly Roll Morton recordings and getting them manufactured by Victor's pressing division!" RCA then asked Keepnews and his soon-to-be business partner, the late Bill Grauer, if they were interested in licensing the material and the rest is fairly complicated but fascinating reissue history.

The early days of Riverside saw many reissues, a few ethnomusicological releases from Alan Merriam's fieldwork and, of course, the first flowerings of Monk, Cannonball Adderley, Wes Montgomery and Bill Evans, all of these seminal jazz artists being represented in the Keepnews Collection. After Riverside folded in the summer of 1964, the masters all but languished until Keepnews moved out west in 1970. "Thinking about it now, I really went out there in pursuit of my past," he says matter-of-factly, but the statement rings true. Fantasy Records had struck it rich, taking a chance on a kid that worked in the mailroom—John Fogerty. Fantasy also wanted Keepnews to work for them and his condition was that the company "Make a legitimate offer" to buy his second label, Milestone, which he actually did not own at the time. Coincidentally, Fantasy had acquired the Riverside masters in the wake of Creedence Clearwater Revival's success and Milestone eventually began to reissue Riverside product while still producing new music, all under Keepnews' direction. 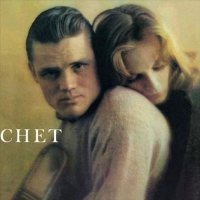 The Keepnews Collection is, in a sense, the joining of these two initially divergent trajectories with his recollections and knowledge of contemporaneous events, people and music as its nexus. As good as these discs sound—and the remastering is uniformly terrific—the notes are the new packagings' strongest selling points. These are classic records after all, having gone through at least one previous CD incarnation and some many more. Here, Keepnews presents nothing less than a concentrated historical view, an interconnected series of microhistorical documents, mostly reminiscences that nevertheless maintains a solid sense of the present. He revisits Chet with the mixed feelings fostered by their tumultuous business relationship, one that could not help but spill over into more personal domains. It is a candid, sensitive look at Chet Baker's history, Keepnews' role in documenting it and even a brief but telling interaction with Baker's biographer.

Keepnews is justly proud of his accomplishments, but he does not over exaggerate them, as is perfectly clear in the frankly humorous notes to Jimmy Heath's Really Big. He reports well-laid plans and synchronicities with the same conviction. Almost 40 years down the road, he is aware of what his label accomplished, but he is always quick to point out the trials and tribulations that enabled achievements to occur. Clearly, despite huge musical and chronological disparity, Keepnews sees this collection as the personal documentation of a continuum.

It would be impossible to sum up, with anything approaching clarity and cohesion, the music offered on the first ten releases. The above-mentioned Flora Purim album, originally an early '70s Milestone disc, boasts stunning keyboard work from George Duke; it also contains a gorgeous version of Stanley Clarke's "Light as a Feather," made famous by Chick Corea's seminal Return to Forever. Clarke's bass playing is vibrant and full, obviously benefiting from a good recording and the remastering treatment. The same is true of Everybody Digs Bill Evans, one of the best of the pianist's early albums, if such a qualitative choice can really be made in light of so much fine material. "Peace Piece" shines brighter than ever, each meditative gesture fading into the never-quite-silent warmth an analogue source provides.

Special mention must go to Cannonball Adderley Quintet in San Francisco, here presented with a crackling alternate version of "This Here" that has never seen the light of day. "Yeah," Keepnews agrees, "That's a damn good take." He is justly proud of the alternates scattered throughout the series, presented, whenever available, to shed more light on the processes behind these formative albums.

There's something in the Keepnews Collection to suit every taste, from hard bop to electric fusion; here's hoping that this welcome project will be continued with the same high standards.