Lola Danza debuts her project "Janya" at the Kennedy Center in Washington D.C. Friday May 13th 2011 at 6pm 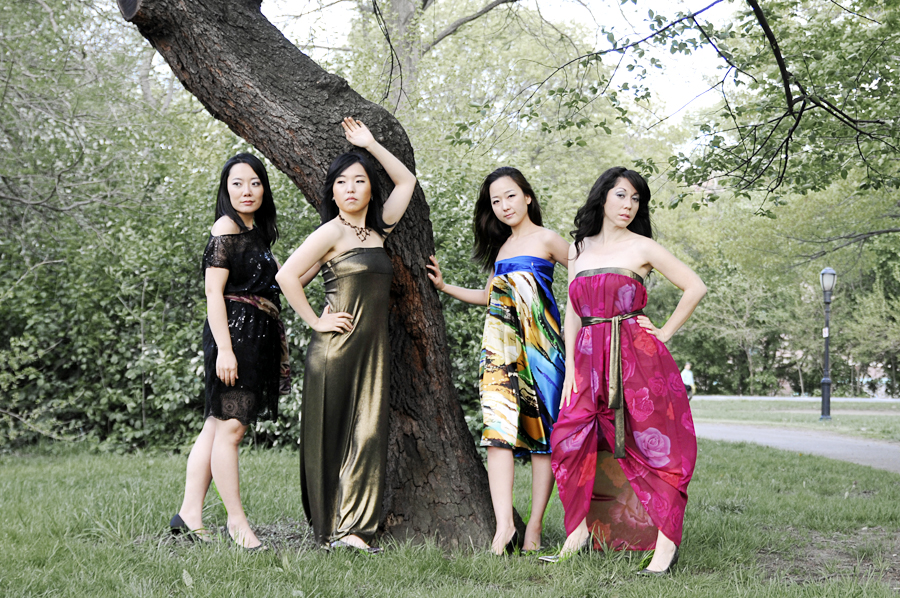 slideshow
In Sanskrit Janya means to be born and in Korean Janya means around dawn. Janya was created by four unique musicians— all derived from Korean descent and all women. The music is a fusion of East and West—the East: Seungmin Cha- Daegeum, Eun Sun Jung- Gayageum and Woonjung Sim- Janggo, the West with Half Korean American Singer Lola Jung Danza. Something shamanic and magical exists between the four musician women and so— Janya was born... around dawn.

Lola Danza is half Korean and born in the U.S. Lola has a Bachelors degree from Berklee College of Music and a Masters degree from Aaron Copland School of Music. Ms. Danza has toured all over the world with her own musical projects. She has played with legendary musicians: Ornette Coleman, Steve Kuhn, Lewis Nash, Bob Moses, John Lockwood, Ben Monder, Mat Maneri, Dave Tronzo, Bob Gullotti, Luciana Souza and Leni Stern to name a few. Ms. Danza is also the co-founder of the Nikka Arts Foundation and the CEO of Evolver Records.

Woonjung Sim is a percussionist working on her Masters degree at Seoul National University and is a team member of 'Gong' which plays musikdrama. She plays not only traditional music but also theater music and contemporary music. She has a wide musical range and incredible performance skills.

Emerging as one of the most influential experimental daegeum(transverse bamboo flute) artists, Seungmin Cha was trained in traditional music and its discourse. A graduate of the School of Music at Seoul National University, Ms. Cha has developed her career as a solo daegeum artist, as well as a composer and an illustrator.