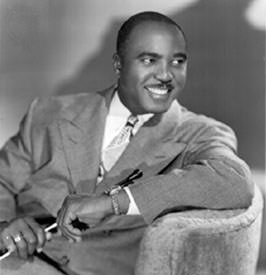 slideshow
Jimmie Lunceford, storied bandleader and educator was awarded a note on the Beale Street Walk of Fame in Memphis, Tennessee on Sunday, July 19. His note will join the likes of those who have had a tremendous impact on the City of Memphis as a musical center.

Lunceford, who first came to Memphis in 1926 as a coach at Manassas High School, established the first music program in Memphis City Schools. Lunceford's groups went on to tour professionally and have great national acclaim, rivaling that of the Count Basie and Duke Ellington Orchestras, establishing the career of composer Gerald Wilson, who was as student of Lunceford and many others.

After Lunceford's untimely death in 1947, many of his contributions were forgotten but his imprint has contributed tremendously to Memphis place in the musical world. The legacy of music established by Lunceford at Memphis Manassas High School has continued for many years producing world-renowned musicians such as the late Hank Crawford and the late Isaac Hayes.

This award is contributed to the efforts of local Memphis musicians, historians and educators is bringing attention to Lunceford and his important contributions to music and musical education.