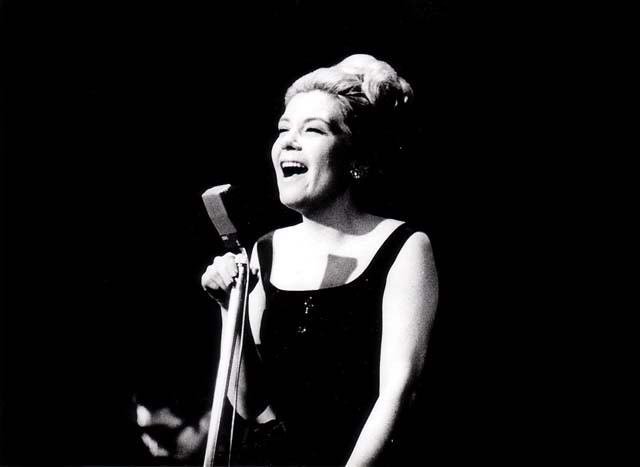 slideshow
Following my post yesterday about a private audio recording at YouTube of Helen Merrill and Billie Holiday singing a duet at a New York party in November 1956, I had to know what was going on at the time of the recording. Why were they together. Why was Holiday so intent on singing the ending twice with Helen? Who was on piano? It didn't sound like Leonard Feather. So I called Helen and we had a great chat about the recording...

“Leonard [Feather] used to have the greatest parties at his apartment in New York. Singers, musicians, everyone was there. [Heiress] Doris Duke was often there, too, because she wanted to be a jazz singer. On this night in '56, it was a cocktail party, and Billie and I were standing at the piano with musicians entertaining each other. [Clarinetist] Tony Scott was playing piano. At one point, you can hear Billie say, 'You better play that thing good 'cause I don't like clarinet anyway, you know.'

“I didn't have a drink but Billie had had a few. The reason we sang You Go to My Head is that Billie playfully insisted on showing me how to finish a song. She was loose and said, 'Helen, you always leave songs hanging at the end.' And she was right. But that was my style. I’m always in the middle of creating something in my brain. I never know where I'm going to go.

“Billie, of course, ended all of her songs in that same signature way. On You Go to My Head, each of us took a line, leapfrogging the other, which is tricky. When we got to the end, Billie illustrated her close-out style and wanted me to follow along so I'd understand. I did an imitation of her style and we cracked up. That's why we did the ending again. It was a fun and futile lesson.

“At the time, I had no idea a tape recorder was going. I'm sure my eyes were closed as I was singing, to close out the world. I go into some kind of a thing when I sing and always close my eyes. Billie and I were dear friends. When she opened her club, the Holiday Room in Chicago, she was wonderful to me had me sing there and came every night to listen. The club was a bit of a dive in a dangerous neighborhood that I think her husband, Louis McKay, had bought. I felt Billie was too sophisticated for the neighborhood, but that's where the club was. Billie was fond of me. She was special."

In case you missed the clip yesterday, here it is again...